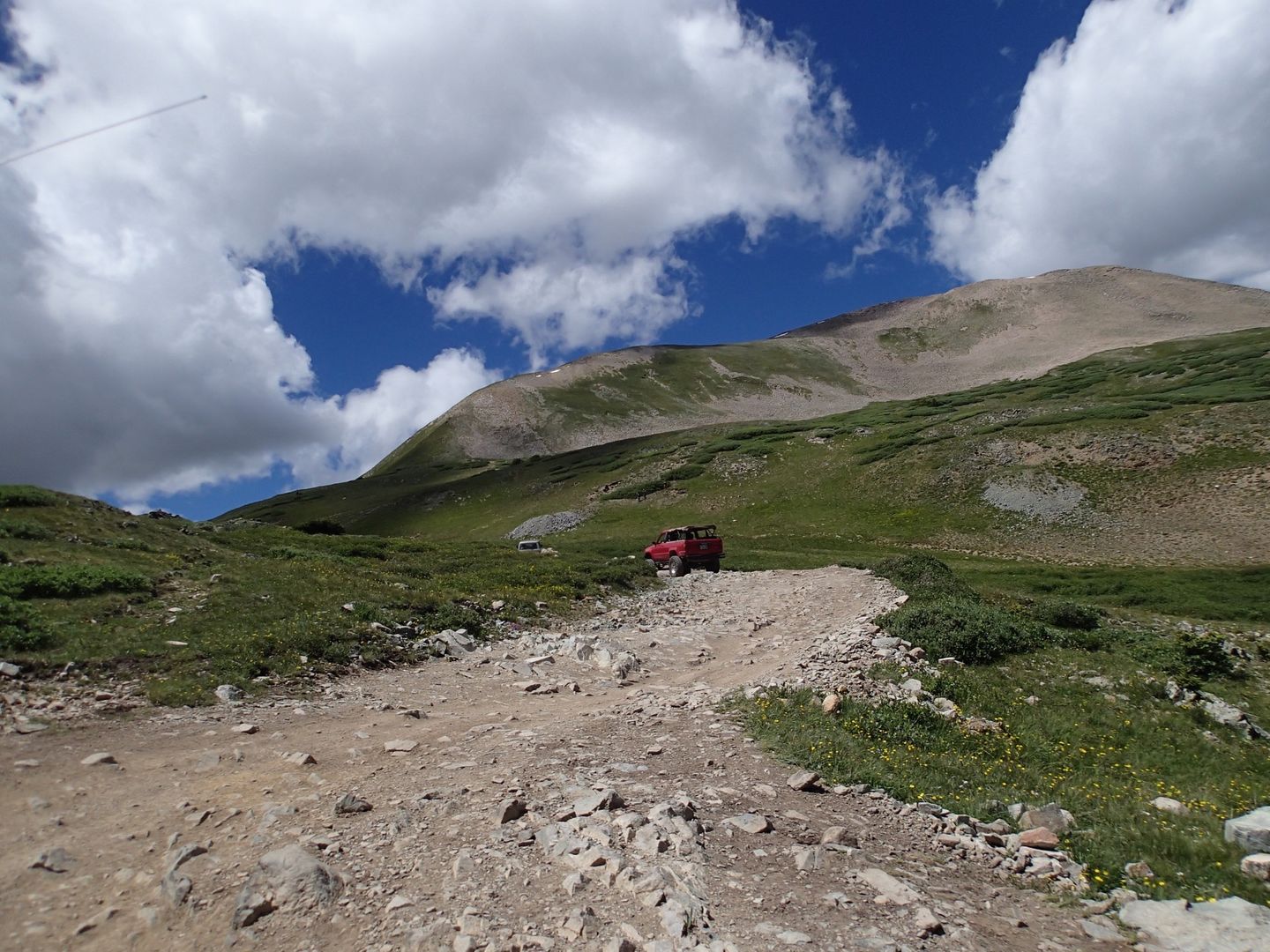 Situated near the famous ghost town of St. Elmo and within the San Isabel National Forest, this trail will lead you up and over Hancock Pass and the continental divide at an elevation of 12,140'. You will also travel through some of the most historic and beautiful country that Colorful Colorado has to offer. If alpine passes, turn of the century railroads, mining history, and ghost towns are what you are looking for, this entire area will not disappoint! It is a must do.

Turn uphill to the right at Waypoint 2 of the Hancock Lake Trail onto FS 266.

Q: Not sure where to put this (It is next pass over from Hancock) but why is there not a thread/ trail report for Williams Pass. I know if it opens at all it is just for August, but weird to have nothing on this trail that I hope to run this year.
–Steve Dohnal (07/21/2020)

–Marcus Trusty (07/21/2020)
Q: Looking for clarification on the timeframe it takes to trail jeep this 3.75 miles. Above it notes 3 hours which seems much longer than expected? Is that also account for both West and East Alpine trails?
–Dan Wise (09/26/2018)

Read More
Marcus is a 3rd generation Buena Vista, Colorado native who grew up bouncing around the central Colorado mountains in the back of his dad's CJ5. During his younger years, Marcus grew to appreciate public lands and the recreation opportunities backroads and 4-wheel drive trails offer. Marcus has been wheeling for 20 years now and has wheeled in Colorado, Arizona, New Mexico, Nevada, and California. Until a few years ago Marcus had just been a participant in the wheeling community, but he has become much more active in preserving trails and working to make sure the wheeling community has their access maintained for future generations. Marcus helped to found Colorado Off Road Enterprise - CORE, based out of Buena Vista. CORE has worked with the Forest Service and BLM and has volunteer agreements in place with both organizations. CORE also has a Forest Service trail adoption agreement in place for Grizzly Lake, Pomeroy Lake, Hancock Lake, Hancock Pass, and Tincup Pass, Tomichi Pass, Williams Pass, Ptarmigan Lake, Mineral Basin, Clohesy Lake, Lost Canyon, Champion Mill, Iron Mike Mine, and Slide Lake. If Marcus is not working you can generally find him somewhere out on the trails around Buena Vista.
For individual use only, not to be shared.