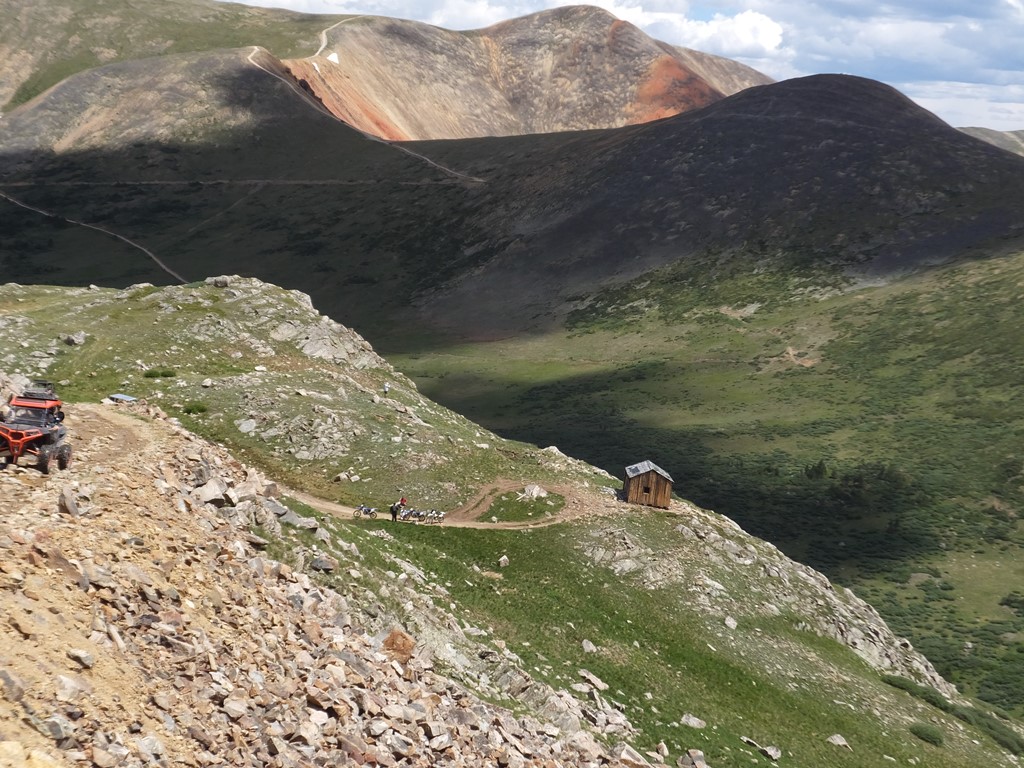 A short, narrow, white-knuckle 4wd climb with several tight switchbacks leading to amazing views above 12,600 feet. Not recommended for full width vehicles, but great for anything else!

Trailhead Coordinates: 39.537510, -105.841370
From the South: Take Highway 285 from Denver past Grant, then turn right on County Road 60. You will see signs to both Webster Pass and Red Cone at just over 5 miles. Either one will take you to Radical Hill after you have driven over the summits. Red Cone will connect back to Webster Pass where you will continue heading west. Once you have dropped back down into the trees, cross the creek, and the trail will be immediately on your left. From the North: Take Montezuma Road from Keystone through the town of Montezuma. Look for signs directing towards Webster Pass on your left. Turn left on Bullion Mine Road. Follow this up over the first creek crossing and look for forest road 286 on your right. If you reach the second creek crossing you have just passed it.