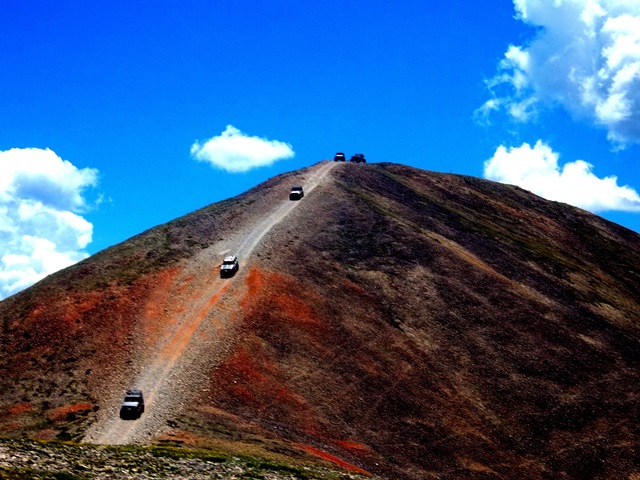 Red Cone is one of the most iconic trails in central Colorado. This four-wheel drive trail provides spectacular views of the divide with several rocky obstacles at the beginning and a once in a lifetime decent near the end. The upper portion of the trail traverses the ridge lines around 12,000 feet with views for miles, but the steep, one-way descent at the end is the most unique feature about this trail. Red Cone is also a key connecting trail to other nearby trails such as Webster Pass and the Montezuma trail system. Combining this with those trails creates a full day of offroad fun. A well-equipped vehicle with high clearance and low range is required.

The trail has many large rock sections within the first 2 miles that are not suitable for stock vehicles. Steep descents along the final mile of the trail can be extremely dangerous for novice drivers.

The south end of the trail climbs steeply as you wind through the forest with sporadic rock obstacles, small creek crossings, and several muddy sections. The climb continues above tree line, across a few ridges untill you reach the very top of Red Cone. At this point the trail becomes one-way and descends down hill till it meets up with Webster Pass. The east side of Webster Pass stays snowed in till late July or August, but Red Cone only opens for the season once the west side of Webster Pass is clear, so there is always an exit from the trail. Heading east down Webster would return you to highway 285, heading west on Webster will drop you into the towns of Montezuma or Keystone.
If you are not comfortable with steep descents, avoid this trail.

After about 5 miles on C.R. 60, begin Red Cone at F.S. 565. This intersection is very well marked with signage.

This obstacle is the first rock obstacle you will encounter on the trail. Small tires will make this obstacle difficult as the boulders are fairly large and require careful tire placement to keep your undercarriage from getting snagged.

Cross a small creek and then veer slightly left as the trail follows a brief section of wash.

The Rock Garden is a short, wide area with a handful of large boulders to the right where a vehicle can test a few different lines. Each year this area changes. Some years the boulders seem massive, other years the earth appears to bury the majority of the challenge.

You have now reached the end of tree line. This would be a good time to stop for the last, covered, potty break of the trip.

You have finally reached the Red Cone Peak. If you bunch up together, there is room for about 15 vehicles at the top. If you see a large group already ahead of you before reaching this point, it's probably a good idea to wait a bit and let them continue on past the top. Likewise, if you see a large group behind you while waiting at the top, it's probably a good idea to pack up and get moving. But definitely stop, take some pictures, and enjoy the views of Whale Peak (13,078'), Handcart Peak (12,518'), Landslide Peak (13,298'), and many others before you descend. Red Cone is One Way Downhill Only from this point forward.

If steep descents bother you, this would be the time to turn around, or gather your courage and hold on tight! Do not lock up your brakes on this descent. It will mean disaster for you! Keep the vehicle in it's lowest gear and let the engine do the work of braking for you. About 3/4 of the way down the hill when you think you have conquered it, the trail takes one more quick, even steeper decline before leveling out across the ridge.

Don't be fooled and assume there was only one descent from the top, you still have one more steep descent to tangle with. Good news, you have already conquered one descent. Bad news, this one is a bit steeper than the previous one. But more good news, it's a lot shorter in length!!

Take highway 285 west from Denver. Go about 3 miles past the town of Grant and turn right onto County Road 60. Continue on this main road for 5 miles and avoid all roads that turn left. The trailhead is marked by F.S. 565 on your right, along with a wooden bulletin board with the trail name.

C.R. 60 has 2 campgrounds before you reach the start of Red Cone; Hall Valley Campground and Handcart Campground, each with less than a dozen first come first serve camp spots. On Red Cone itself, there is not much dispersed camping. However, you can find a lot of dispersed camping along nearby roads such as Webster Pass. 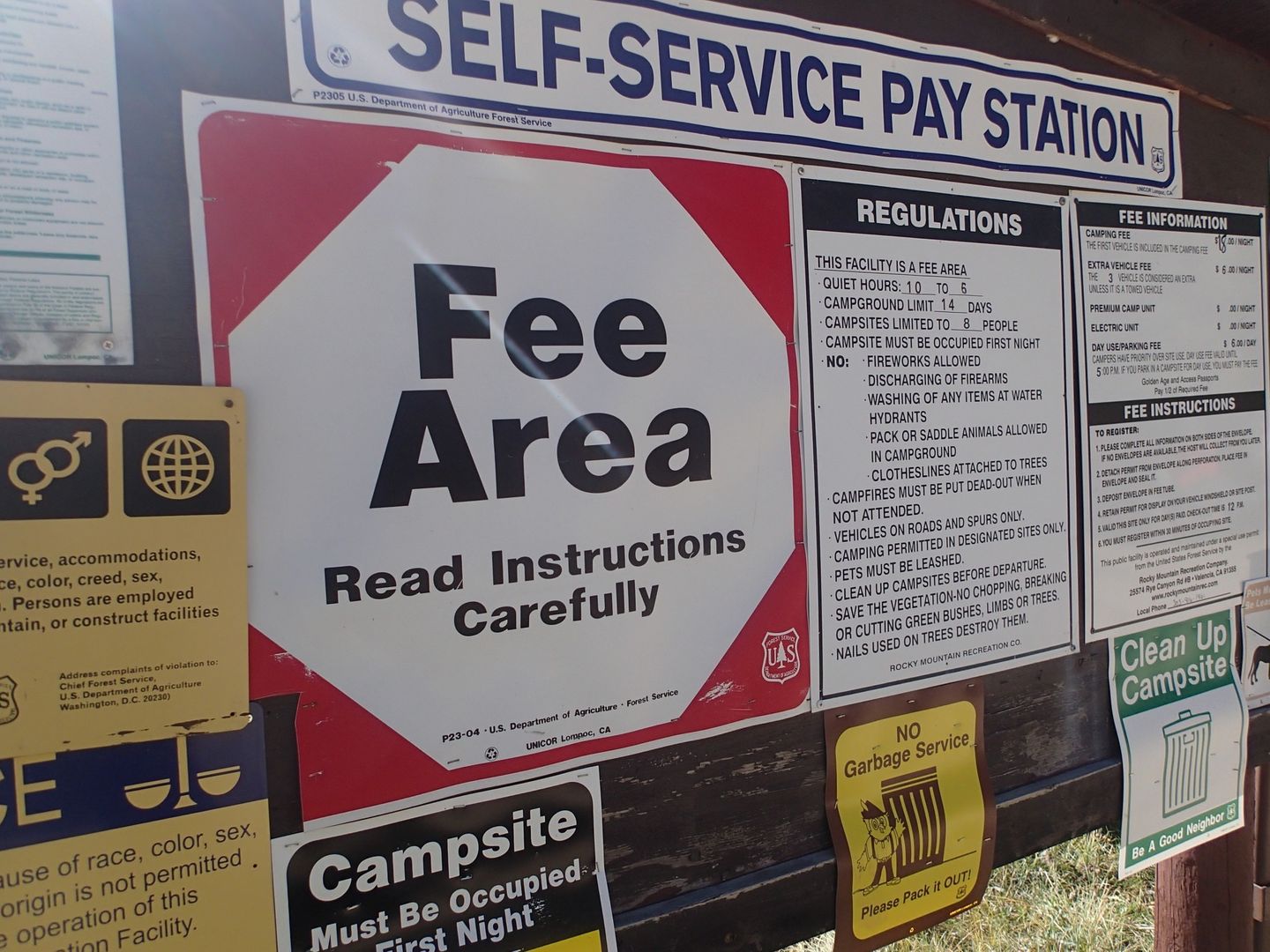 Red Cone is a high alpine trail that begins to see snow in October or November. The trail is impassable to 4x4 vehicles during the winter months and should only be traversed by over the snow vehicles. Red Cone is seasonally closed during the Spring run-off season to prevent excess erosion. Exact closing and opening dates can vary from year-to-year depending on conditions, but according to the MVUM it is typically closed April 1st-June 30th.
More Information

For me it was impassable, in a 2008 H3 on 33s with no lift, but for someone on taller tires or more experience in the snow it might be ok.

I did some night wheeling Friday, November 6, and decided to do this one after I did Webster Pass. Most of the early parts of the trail were more difficult than I remember from the last time I went on August 15. That first waypoint in the write up, it appeared someone had moved the rock on the east so I drug the frame a little going up and a lot coming back down. There was quite a bit of snow and ice on the way up. I was able to find lines to get past the icy spots. But on the saddle leading up to the peak, the snow got pretty deep and it became impassable for me about 311 feet from the peak. I saw some tracks keeping to the right on the rocks with one tire in the snow, but I forgot to grab my flashlight, and my phone light wasn't shining far enough ahead for me to see what was going on, and I didn't want to take the chance of that final ascent to the peak being even worse, so I backed down the saddle to a spot wide enough for me to turn around.