Get the Durr Road trail guide with:
Start a 7-Day Free Trial of All-Access Membership
Check out a nearby All-Access Preview trail guide:
*Billed annually at $25/year 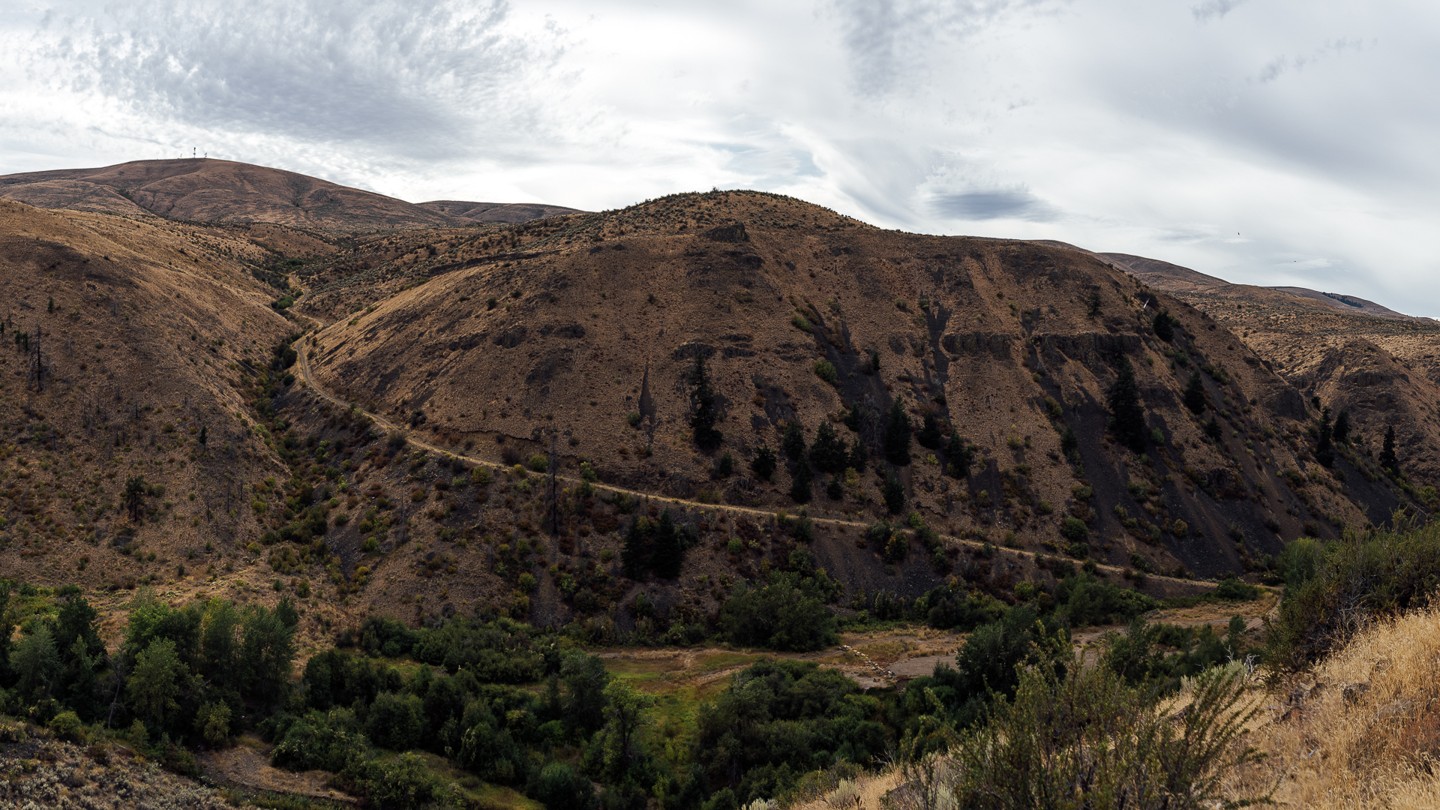 Located in the northern portion of the Wenas Wildlife Area, about 10 miles south of Ellensburg, Washington, Durr Road is a trail with scenic views and local historic significance. The trail begins atop Umtanum Ridge, near a radio tower, and continues down into the valley below, crossing Umtanum Creek by a small bridge at the bottom. After completing the climb following the creek, a look behind reveals a magnificent view of the valley you just traveled through, including the switchbacks that lead Durr Road into failure. During the 1870s, as roads continued to improve, settlers began claiming land in Eastern Washington. Shushuskin Road was part of that route, carrying mail, freight, and passengers over 150 miles from Dalles, Oregon to Ellensburg, Washington. An alternate route was built by Jacob Durr in 1882, which crossed the Umtanum Ridge from the Wenas Valley, before rejoining the Shushuskin Road. Although the bypass saved travelers 10 miles from their journey, the route was quite steep and required turntables; platforms that allowed a wagon and its horse team to turn at the switchbacks. Between the difficulty and the high cost of $25 annually, the toll road did not see much use. As one stagecoach driver concluded, “There is no hell in the hereafter; it lies between The Dalles and Ellensburg.” The trail is now much tamer than it was in its inception. It’s now both a pleasant day outing, as well as a great addition to a much longer trip. This trail is part of the Washington Cascade Overland Route. Visit Overlanding Across Washington for more information, including which trails to take next.