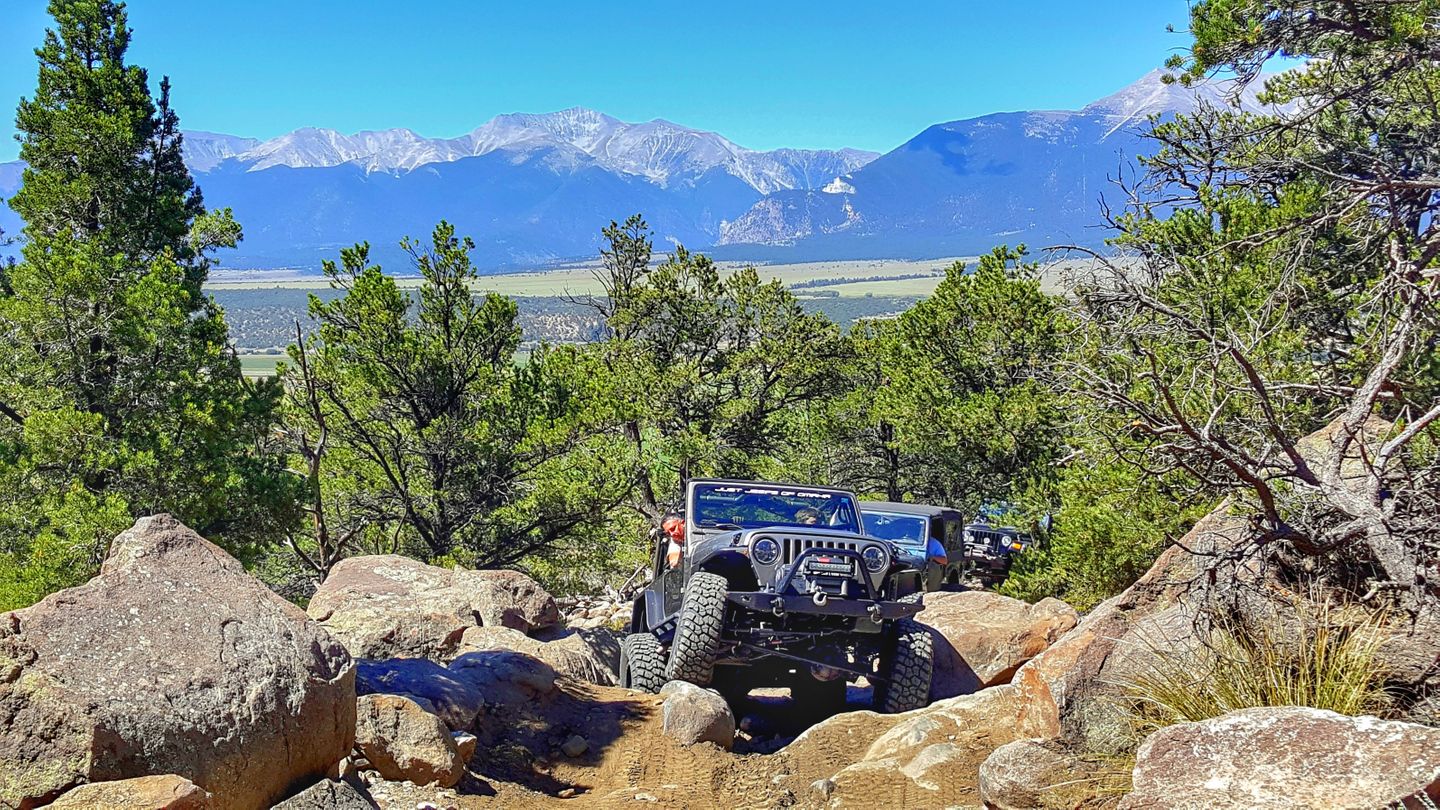 Chinaman Gulch is a very popular, difficult rock crawling trail best suited for modified vehicles. Minimal snow to the area makes it an ideal location for winter wheeling. There are many obstacles and rocks to play on along this 4wd trail, many of which provide multiple lines from easy to hard. Although not very scenic, the occasional views of the Collegiate Peaks are astonishing. This trail is a great trail for groups as the main obstacles provide enough room for vehicles to pull out of the way and watch other vehicles attempt the obstacle.

Chinaman Gulch and Carnage Canyon share the same trailhead parking lot. There is plenty of room here for any number of vehicles to air down and prep for the trail. During the summer months, there is an outhouse on site provided by the local 4x4 club that has adopted Chinaman's. From the parking lot, follow the road heading directly north through a couple of mud holes with signs for Chinaman Gulch.

Take Highway 285 to Johnson Village. There are gas stations there where you can fill up if you need to. Just east of town between the rafting building and mile marker 214, you'll see county road 301 heading south. Take that road for 1.6 miles till you see a red barn and house on your right. Just before the barn, across the road to your left you'll see a green gate marked "Prison Property" that runs in a straight line towards the mountains and an open area (you can see this open area from the main road). You will also see a small BLM sign marking the direction to Chinaman Gulch and Carnage Canyon. Go down that road and after about a half mile you reach the open parking area where you can prepare your rig for the trail.

This trail is under threat for permanent closure. Due to a recent lawsuit with the Pike San Isabel National Forest, this trail is part of nearly 500 miles of trails threatened to be closed. Find current information at wwwpsitravelmanagement.org Have a voice! Show you actually care! And speak up. It's NOT OK TO CLOSE TRAILS!
More Information