Zoom in to see trails...
Information
Nearby Trails 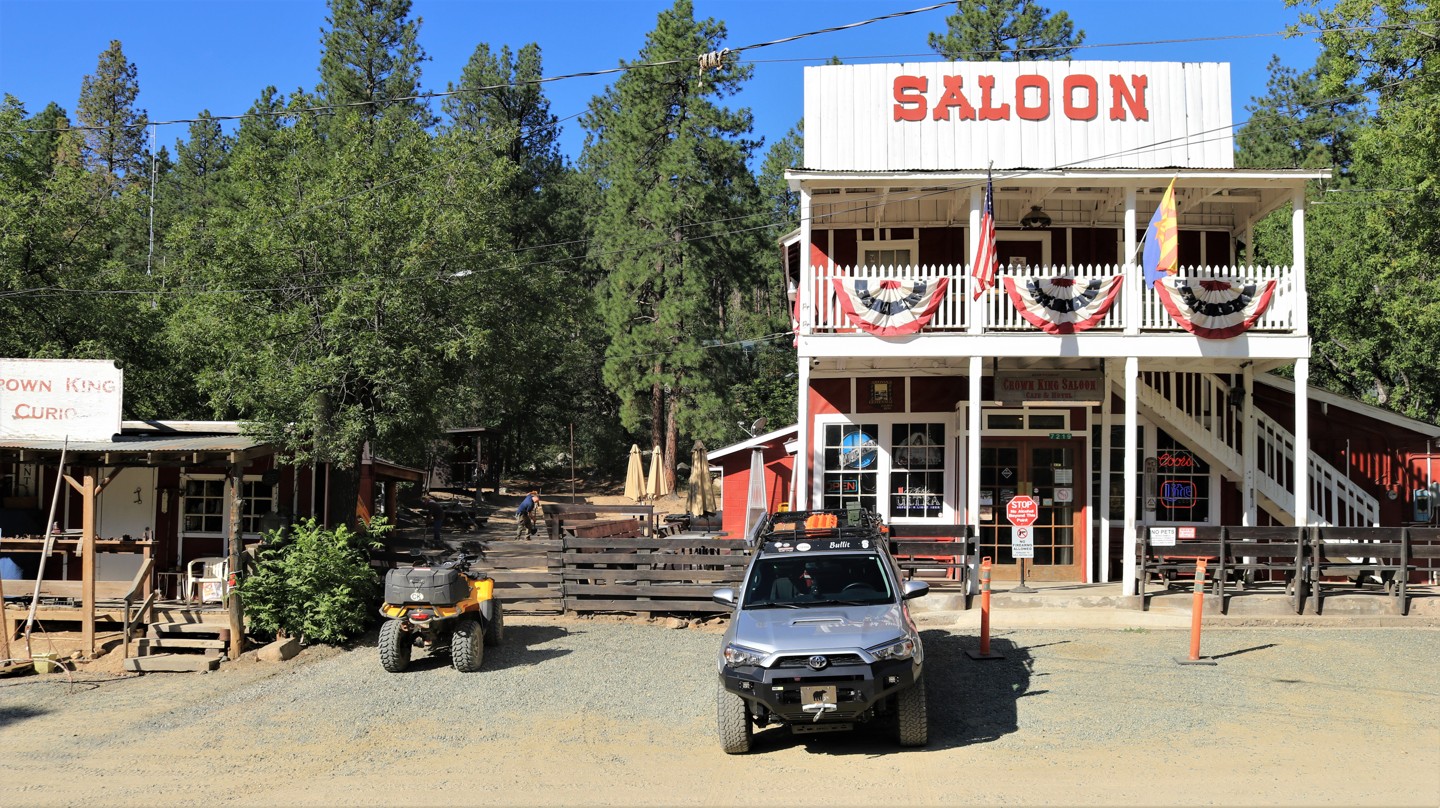 Let’s get something straight right now. Senator Highway isn’t a highway. And it has nothing to do with politics, well almost nothing. But the Senator is an amazing trail through a beautiful and rugged land with a great history. In 1863 William Bradshaw discovered gold and other mineral deposits in a largely unexplored Arizona mountain range that would one day bear his name. By 1871 the Senator Mine southeast of Prescott, the off-and-on territorial capital of Arizona, was producing a fine grade gold ore. One of the partners in the Senator Mine was the then Territorial Governor John Goodwin who may, or may not, have had aspirations to be Arizona’s first Senator once it achieved statehood. A toll road, begun in 1866 from Prescott towards Groom Lake, was continued on to the mine in 1875 and became known locally as Senator Highway. By then the first mining claim was established near what would become the bustling new town of Crown King. By fits and starts, Senator Highway was extended across the spine of the Bradshaws to connect the Crown King to Prescott. Today Senator Highway troops through verdant pine forests and classic high desert chaparral climbing and descending the varied topography. Portions of the trail are nicely maintained while others are often rutted and rough receiving little attention. Sections of shelf road offer broad vistas across the rugged Bradshaws. Approximately at the halfway point of the trail lies the historic log cabin known as Palace Station. Built as a homestead in 1875 by Alfred and Matilda Spence, the cabin was used as a stage stop until 1910. Today it is an administrative site for the Prescott National Forest and not open to the public. As one of the oldest structures in Arizona still in use, the cabin is a treasure and a highlight of the Senator Highway.

Trailhead Coordinates: 34.199173, -112.339771
From I-17 north of Black Canyon City take Exit 248 to join the Crown King Road. Proceed 27 miles on this scenic dirt road to the mountain community of Crown King. Proceed 0.6 miles beyond the turnoff to "downtown" Crown King to the beginning of Senator Highway.

Q: I’m sure I know the answer, but just to confirm...this trail is accessible from crown king near the saloon and the mill, correct?
–Jon Sauber (04/02/2020)

Read More
Hi! I'm Wade. After 43 years as a pilot, split evenly between flying fighters for the Air Force and Boeing 737s for the airlines, my feet are firmly planted on the ground. Seems I spent a lot of my flying time looking out the cockpit window thinking, "Yep, I could drive that trail." My trips range from a few days to a month. Most are solo in my silver 4Runner named Bullit. We range over all the southwest exploring remote places and trying to get as much dirt under the wheels as possible. Occasionally I get in some hiking, backpacking, and bushcraft as well. My most ambitious overlanding plans include a trip to Tuktoyaktuk and Dead Horse. Sharing my experiences as a member of the Trails Offroad crew is a true pleasure. Hope to see you on the trail soon.
For individual use only, not to be shared.