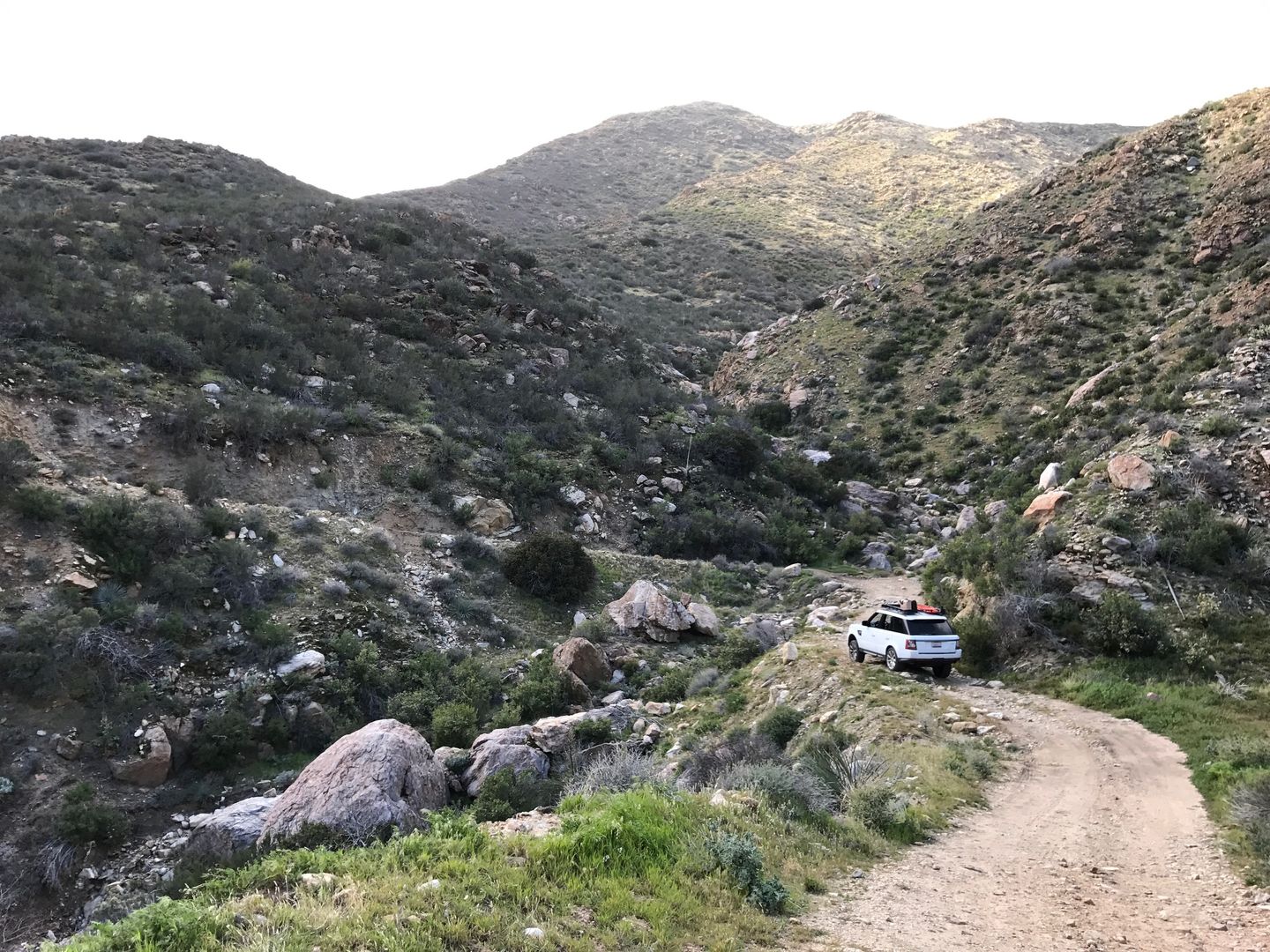 Situated in the southwest corner of Anza-Borrego Desert State Park, Oriflamme Canyon Trail runs up from the hot and dry Colorado Desert into the more moderate climate of the Laguna Mountains. The trail was initially used as a mountain pass by the Native Americans, and the Spanish, Mexicans, and American settlers have all used the route over the years. It offers beautiful, remote scenery with a wide variety of topography along the route. Today the trail is a somewhat lesser-known destination for off-roaders looking for a challenging and scenic adventure.

The trailhead is clearly marked off state route S-2. There's a nice flat area to air down and get ready to hit the trail.

From San Diego, take I-8 east and then take Highway 79 north 23 miles to the town of Julian. Turn east on Highway 78 (Banner Road) and then turn south on S-2 (Great Southern Overland Route of 1849). Go south about 12 miles and the trail head is on the right just before mile marker 27. There is a sign for Oriflamme Canyon at the trailhead.

Q: Hows camping along the trail? Any good spots? Looking for a place to disperse camp as all of Cleveland is closed to disperse camping through 2020.
–Josh Kim (10/11/2020)

Read More
Brent's passion for outdoor adventures began with backpacking and mountain climbing while growing up in Portland, Oregon. Eventually, he realized that it was easier to drive the trails than walk them, and Brent's love of off-roading was born. Brent is now an (adopted) native of California. He can be found sullying the leather upholstery of his 2013 Range Rover Sport throughout the deserts and mountains of Southern California.
For individual use only, not to be shared.