Get the Sycamore Point trail guide with:
Start a 7-Day Free Trial of All-Access Membership
Check out a nearby All-Access Preview trail guide:
*Billed annually at $25/year 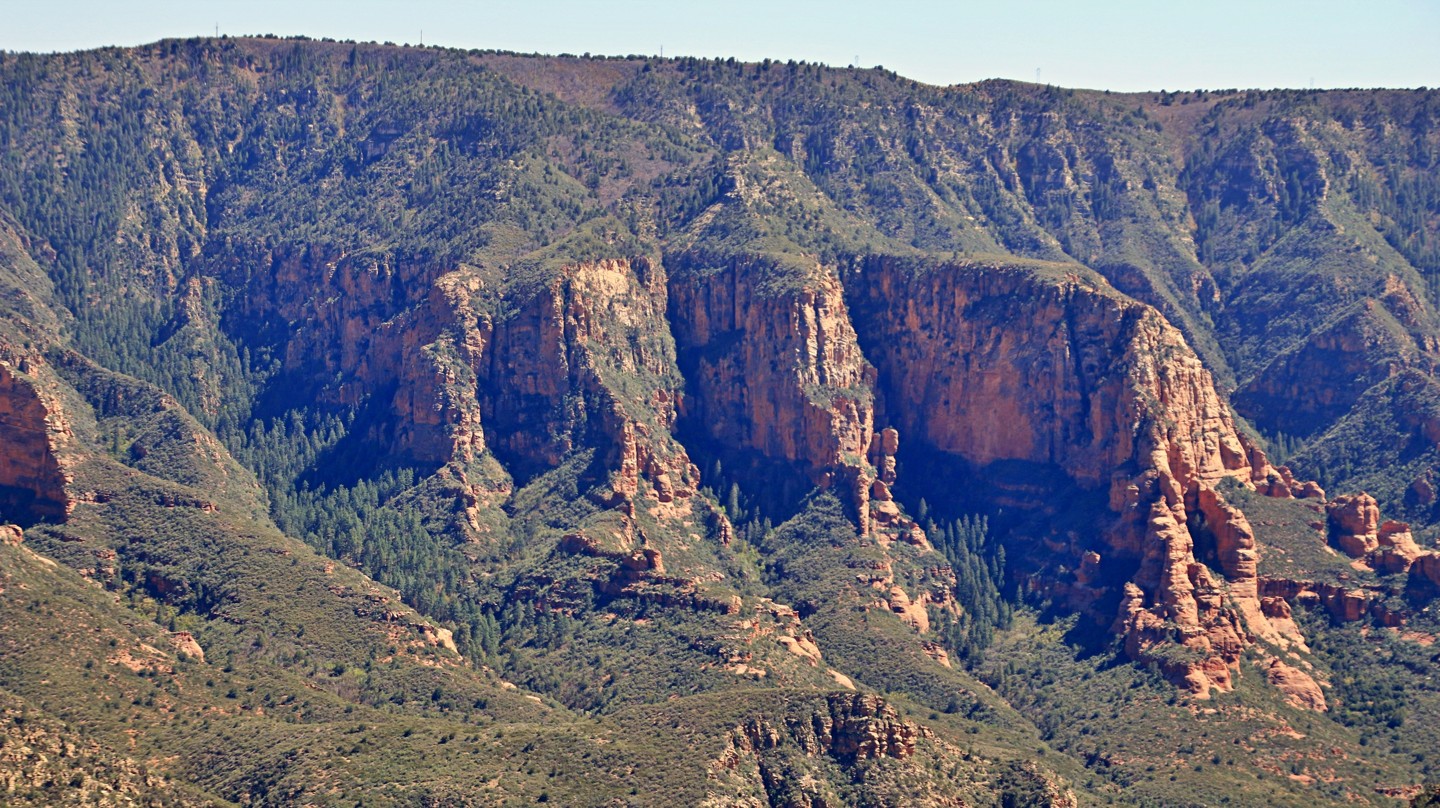 Surrounded by three of Arizona's six National Forests, the Sycamore Canyon Wilderness encompasses 50,000 acres of rugged beauty. With only 15 fairly strenuous hiking trails leading into the wilderness, few people ever venture into the remote and wild landscape. The canyon cuts into the same pinkish-red sandstone that made Sedona famous. For those who wish a glimpse into this magnificent canyon wilderness without the travails of a demanding hike, Sycamore Point may be just your ticket. Forest Road 110, known as Sycamore Point for its ultimate destination, is a gem in itself. The trail begins in an almost parklike setting in the tall Ponderosa Pines of the Kaibab National Forest. Here the forest is teasingly open, whispering vague promises of sightings of deer, elk, javelina, foxes, or coyotes if you'll keep an eye peeled. Pairs of ravens regularly patrol the many large inviting campsites, just in case someone left something interesting laying about. The route passes open meadows used as summer livestock grazing by early settlers. Later the wide trail narrows, and you might notice the pines getting shorter. The trail gently drops you down in elevation, transporting you into a grassland dotted with junipers, some young and flush with green foliage and waxy berries. In contrast, others aged and gnarled by winds, harsh winters, and wildfires of the past. Finally, the trail deposits you on the rim of the vast canyon, which, along with its tributary side canyons, forms the Sycamore Canyon Wilderness. From the overlook, rose and coral spires soar on the far opposite canyon wall, catching the afternoon sun. You instinctively know Sedona is just over there somewhere. The normally dry watercourse snakes through the canyon's bottom. The infrequent rains have patiently carved out this huge canyon over a few millennia. Somewhere nearby, a canyon wren sings the cascading downward notes of its distinctive warble. Pack a lunch. You will want to stay here a while.