In his 1859 novel, A Tale of Two Cities, Charles Dickens compared London and Paris and spawned the phrase, "it was the best of times, it was the worst of times." Crackerjack is like that. The best of times comes early on Crackerjack. The winding trail passes through juniper, pinion, and sycamore forests, broken at intervals by towering grey and red stone bluffs. Campsites sit near the broad dirt road. A concrete bridge set just at water level with no side railings eases you across the humorously splashy East Verde River, lots of places to picnic or camp nearby. Someone's tow strap became a rope swing over a deeper pool. If your windows are down you'll likely hear laughter, smell someone's barbeque grill. The trail climbs along the river's canyon's northern wall, offering glimpses down into the river's rocky course, passing its namesake mine along the way. And then after the intersection with Cedar Flat, Crackerjack's mood changes. The best gives way to the worst. Turning away from the picturesque river, the trail tightens on itself, snakes uphill, begins to make your suspension groan, tosses passengers, and loose cargo, from side to side. There is little space between the bowling ball-sized embedded rocks. Rock shelves barricade the passage at intervals. It seems never to end. But it does. Just as in Dickens' novel, there is redemption at the end. And satisfaction, too. It was the best of roads. It was the worst of roads. But now you are through both.

Upgrade from free to our All-Access Membership and get every detail, waypoint, photo, and more on every single trail guide.
Start a 7-Day Free Trial
MODERATE
to
DIFFICULT

Start your next adventure on Crackerjack

Upgrade to our All-Access Membership and get full camping details like:
Start a 7-Day Free Trial
Starting Point
Payson
From the intersection of Highways 260 and 87 in Payson, drive 3.4 miles north on Highway 87 to the trailhead on your left. The trailhead is just past mile marker 256.

800
Status: Open
Visited: 06/13/2021
We ran this trail yesterday. The first section is just a groomed forest road, but very beautiful and scenic. We then took Cedar Creek trail all the way to the creek. We walked around a bit there. Lots of shade and a good spot to take a break. We headed back up Cedar Creek and turned off on to Horse Thief Tank Rd FR 1665. This is a very tight and fun trail. It crosses a creak that leads to a rock waterfall that would be beautiful when it flows. It then heads up a steep and challenging hill. I’d rate it a 5. Good obstacles with some loose gravel. We made it up in 4 low. The trail leads to the top of a mountain with beautiful views. This is an out an back trail. We took Cedar Creek Trial back to Cracker Jack Trail and looped back north. This portion of the trail is also groomed but there are some rock ledges you can have some fun with. It ends at the 87. There’s a small pullout there big enough for one vehicle to stop and air up. All in all a fun and beautiful trail. If you take Horse Thief Tank trail expect some AZ pin stripping. The other portion is wide. Have fun. 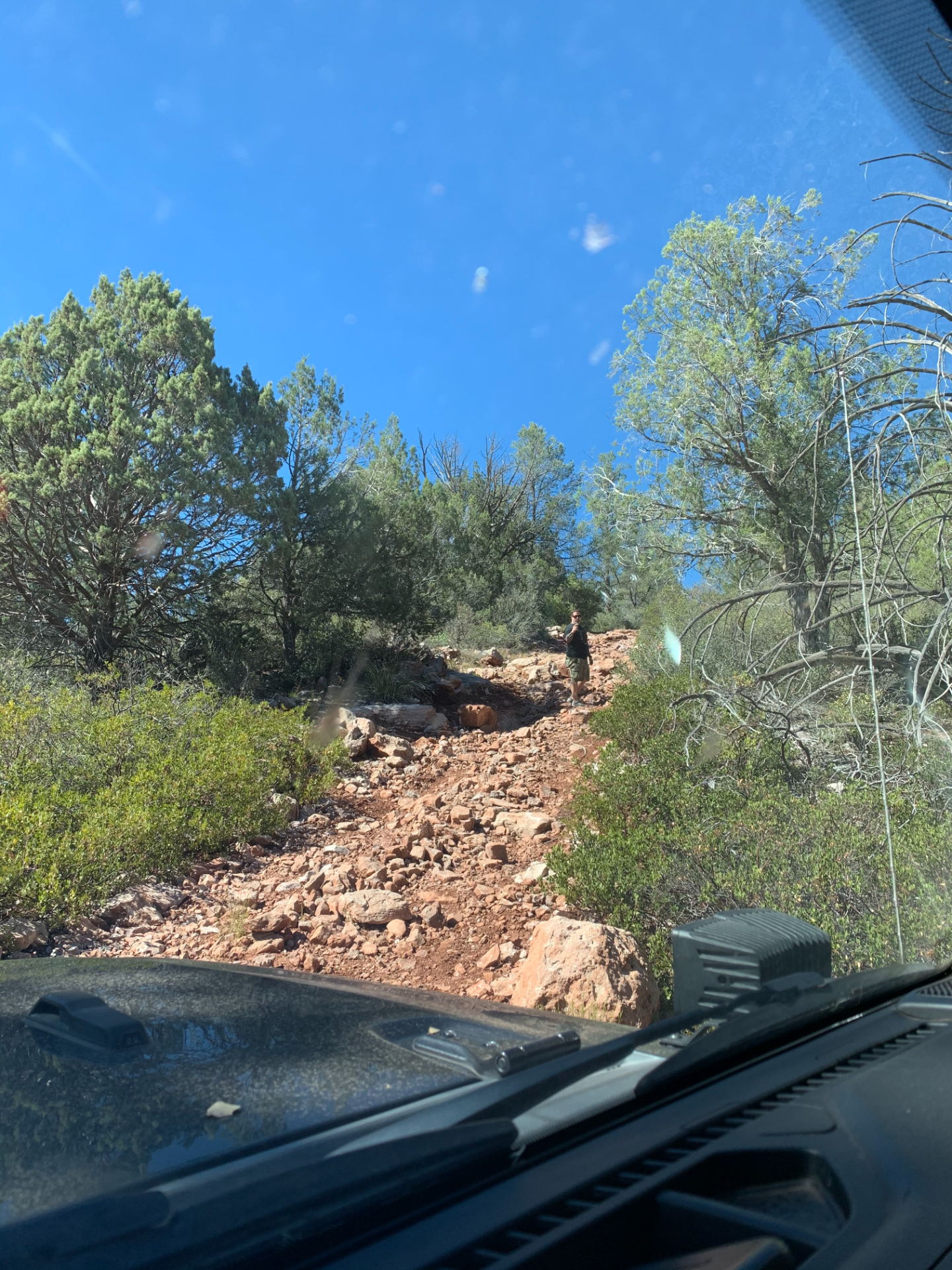 15500
Status: Open
Rated 3/5
Visited: 05/30/2021
We've run the trail from the trailhead out to Point 10 before ... continuing on the Cedar Flat trail (FR 209A) to exit out on Baby Doll Road. That makes an easy and very scenic trail ride. This time we stayed on FR 209 to loop around and return directly to Hwy 87. Unfortunately, there has been bull dozer active on the trail from point 10 to point 12. Yep, the ledges at point 12 are no longer ledges, but merely bumps. The rest of the trail has not been disturbed and makes a fun run. The rock conditions along this trail are constantly changing ... from red, to white, to black volcanic stone.
Wade May
Official Crew
57450
Status: Open
Rated 3/5
Visited: 04/08/2021
The first section of this makes a great loop with Cedar Flat and then Doll Baby Road back into Payson. If you are looking for some adventure, the latter half of the trail is for you. It's pretty remote back there. 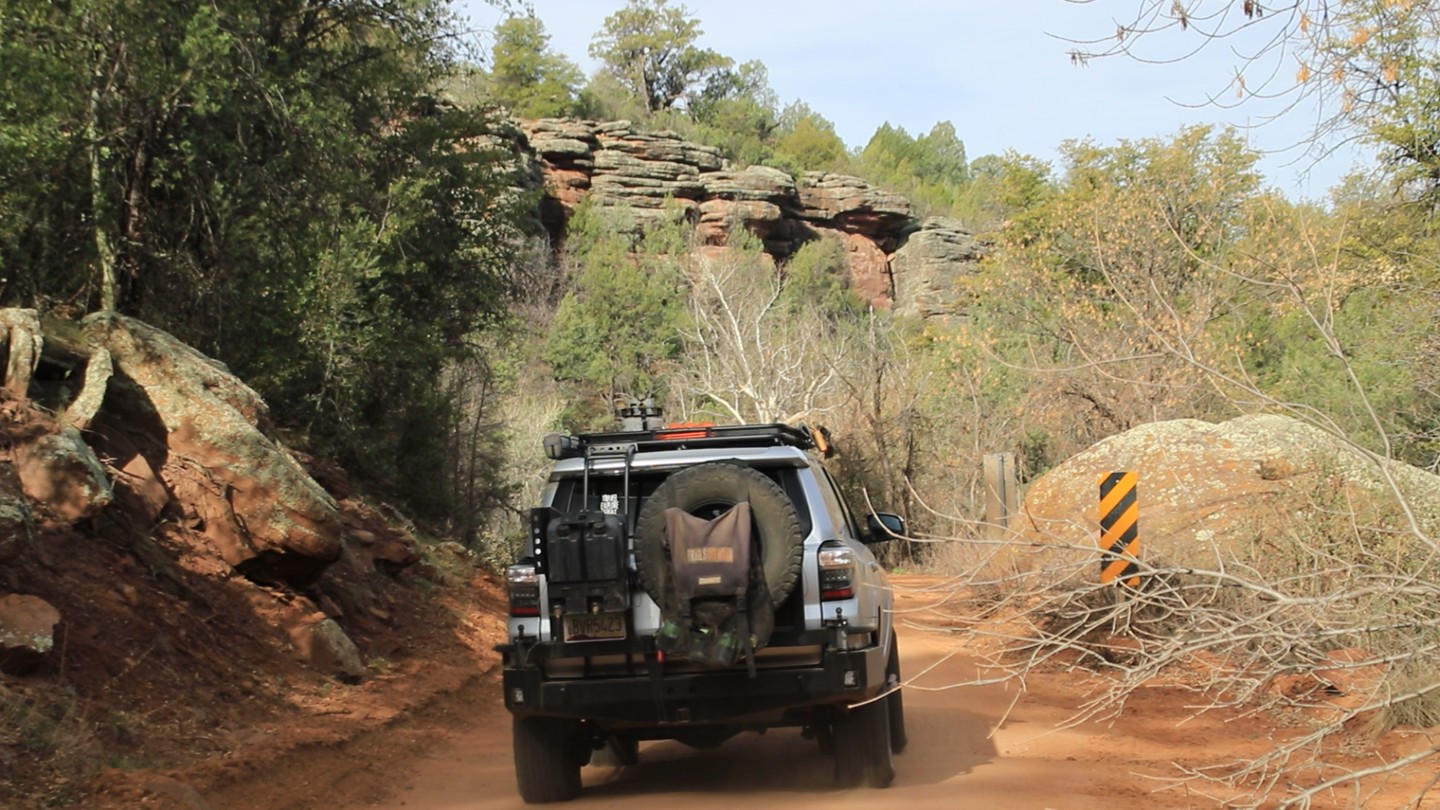 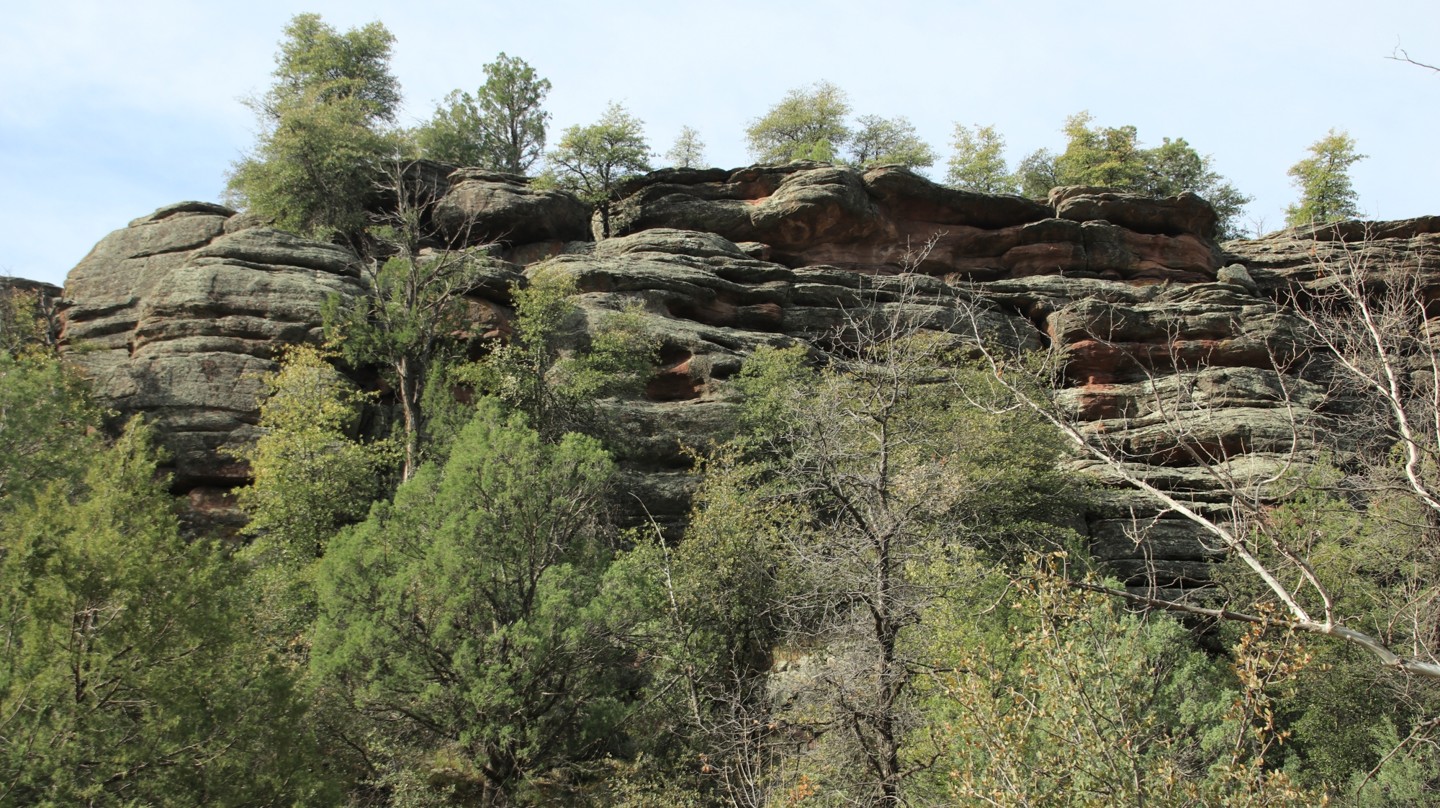 Hi! I'm Wade. After 43 years as a pilot, split evenly between flying fighters for the Air Force and Boeing 737s for the airlines, my feet are firmly planted on the ground. Seems I spent a lot of my flying time looking out the cockpit window thinking, "Yep, I could drive that trail." My trips range from a few days to a month. Most are solo in my silver 4Runner named Bullit. We range over all the southwest exploring remote places and trying to get as much dirt under the wheels as possible. Occasionally I get in some hiking, backpacking, and bushcraft as well. My most ambitious Overlanding plans include a trip to Tuktoyaktuk and Dead Horse when travel restrictions permit. Sharing my experiences as a member of the Trails Offroad crew, instructing at Overland Expo, and hosting the Gaia GPS Offroad podcast are true pleasures. Hope to see you on the trail soon.
Visit Profile