Get the Entiat Ridge Road trail guide with:
Start a 7-Day Free Trial of All-Access Membership
Check out a nearby All-Access Preview trail guide:
*Billed annually at $25/year 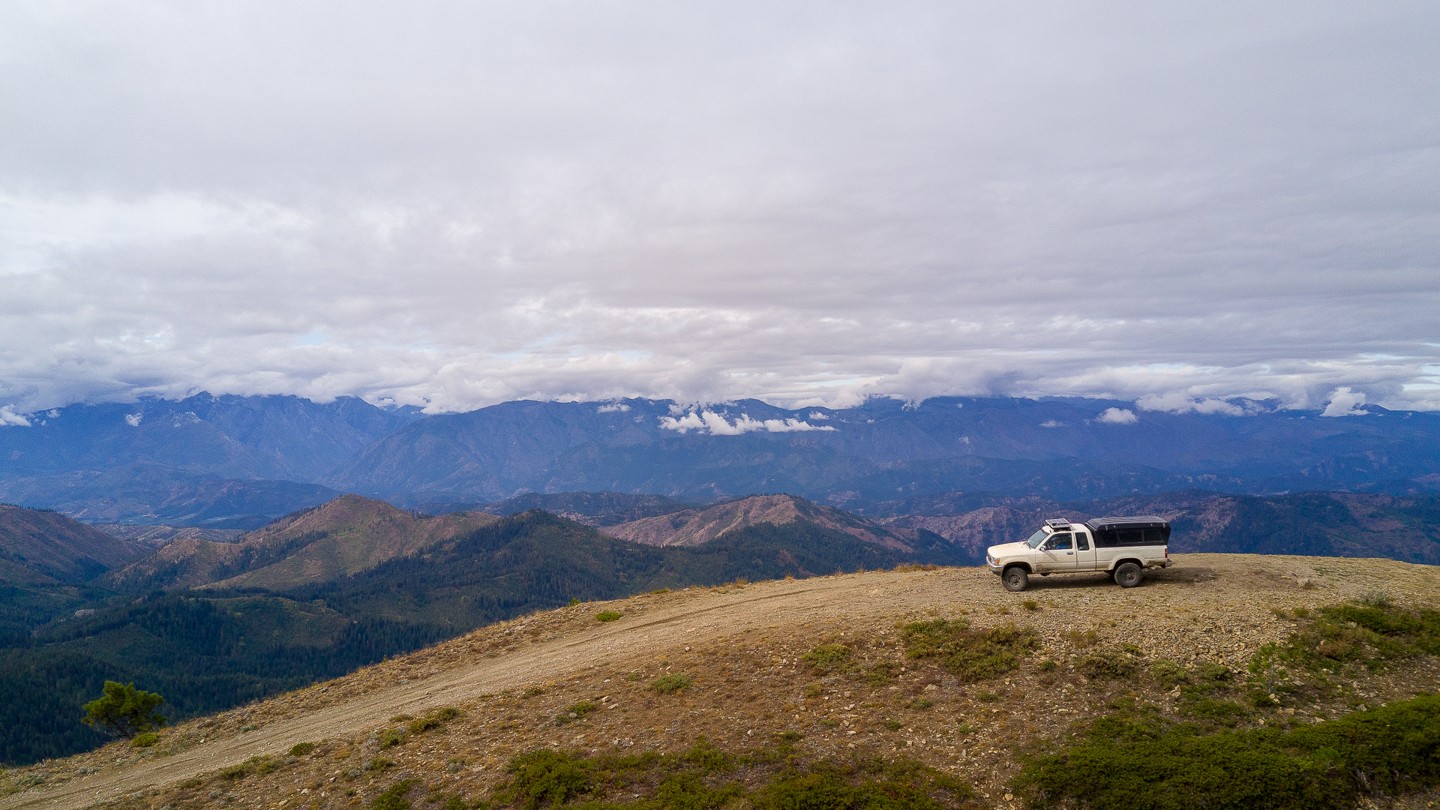 Entiat Ride Road is a great trail packed with fascinating history, beautiful views, and unique camping. The trail starts out near the summit of Chumstick mountain; a prominent point on the long Entiat Ridge. A cabin was built at the summit in 1931, though it was removed in 1967. As the route continues on, you’ll pass by Sugarloaf, a fire lookout that’s still actively used. It’s staffed by a seasonal fire lookout, so a visit may lead to some great stories, but please be courteous and respect their privacy. Entiat Ridge provides both wide-open views and confined treed areas, as well as long stretches of fast cruising, and slow ridgeline driving. For campers, there is plenty of dispersed camping available, but White Aspen Camping offers a more lavish experience. The trail is located 13 miles north of Cashmere, 10 miles east of Leavenworth in Okanogan-Wenatchee National Forest, and is a great choice for overlanders, hikers, and history buffs alike. Sugarloaf Peak is both one of the earliest established and still actively used fire lookouts in Washington State. When it was first established in 1914, the lookout was merely a campsite with fire finding instruments atop basalt columns. The route to and from the site was a primitive road and sheepherder trail from the town of Leavenworth. In 1924, a more permanent D-6 cupola structure was created at the summit, requiring blasting to remove some of the basalt pinnacles to lay the foundation. The nearby roads were extended, and a wood frame garage was also erected nearby the lookout. In 1949, the structure from 1924 was replaced by an L-4 cab that had been taken from Lion Rock and relocated to Sugarloaf. Several wildfires have threatened Sugarloaf over the years, the first being the 120,000-acre Entiat Fire, and again in 1994 by the Tyee-Hatchery fire, which encompassed 180,000 acres. The lookout, Karl Rahder, had been forced to evacuate and was informed that the lookout had surely been destroyed. Thankfully, it had survived thanks to a Forest Service Strike Team leader, who had used a flare gun to ignite the area around the tower. Unfortunately, the garage and outhouse were lost in the fire. In 2018, the lookout was threatened once again by the Cougar Creek fire, requiring evacuation of Sugarloaf. Fire crews wrapped the lookout in fire reflective heavy foil, and the fire stayed about a quarter-mile away. This trail is part of the Washington Cascade Overland Route. Visit Overlanding Across Washington for more information, including which trails to take next.