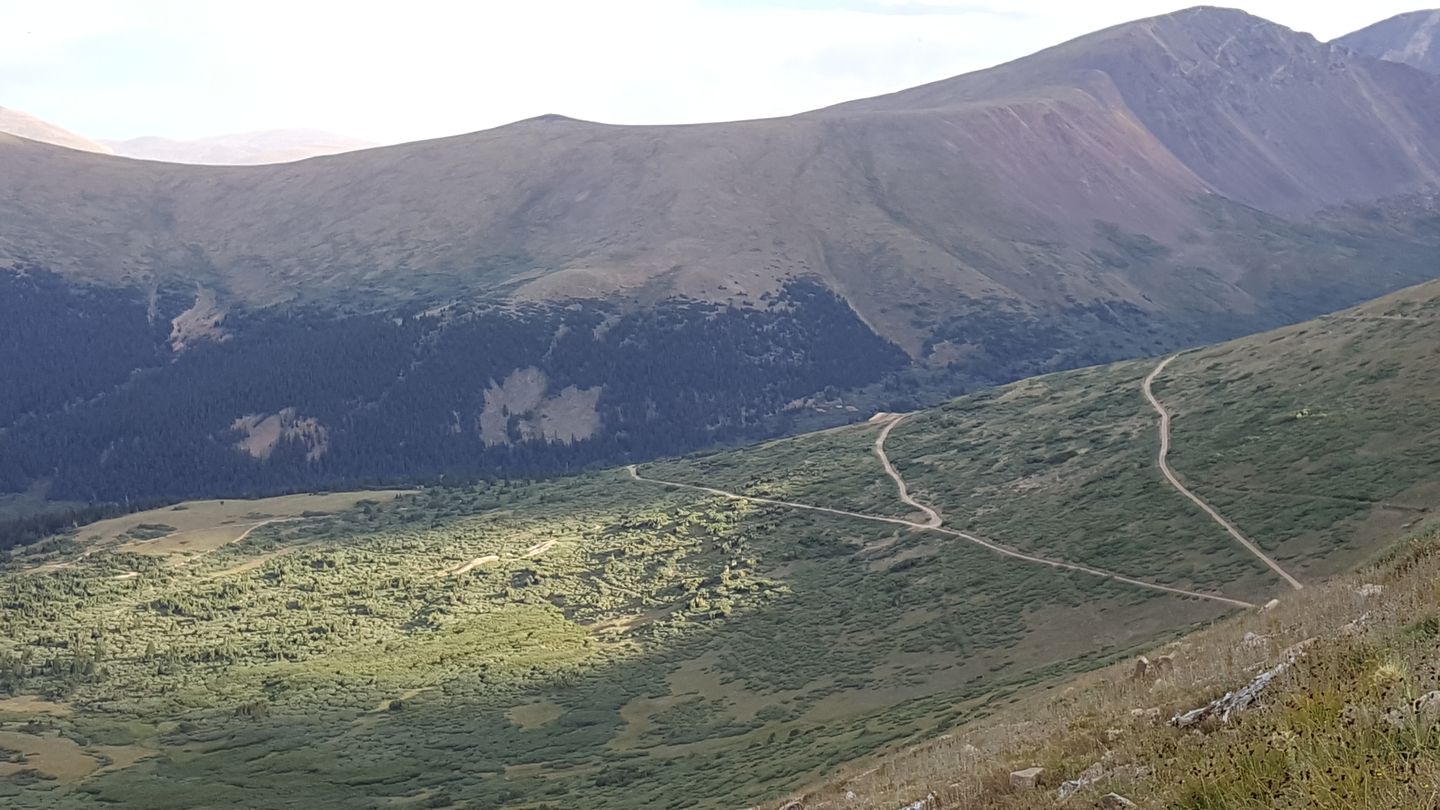 McClellan Mountain and Argentine Pass were part of the now Ghost Town called Waldorf, Colorado that sprouted up after silver was found here in 1864. This area and surrounding areas became known as the Argentine Mining District and benefited from the silver boom in the late 1800’s. The Argentine Central Railroad was started in 1905 and completed nearly a year later and opened to a reported summit of 13,587 feet. The train was put into operation by Edward Wilcox who at the time owned 65+ mines in the area and wanted a way to move freight and people around the area more efficiently. The line was intended to carry both passengers and freight at different times. Because of the silver bust, the focus on the railroad shifted to passenger traffic, but eventually fell victim to lack of interest and use, it was auctioned off and the railroad ripped up in 1919. Those tracks are now what makes up the network of trails to these two mountain tops. To this day, the trail is a testament engineering with six switchbacks so the train could zig-zag up the mountain, it remains the highest a train of it’s type has gone. The routes with the switchbacks needed more engines than normal and was designed so that the train could get up the mountain through pure friction with the tracks, no cog type systems were used. From mine claims, to the selling of a railroad for pennies on the dollar, the history of this area is rich and if you're a sucker for details, You can start digging here for information on all the activities that went on in this area.

Good small spot to stop in the corner of this switchback. You can air down here but there is tourist traffic on the pavement for the scenic overlook nearby and it's proximity to the entrance to the road itself can make things hard. If there’s more than two rigs, air down at the parking lots just below the switchback and come back up to the trail.

Follow the signs to Guanella Pass that pepper the town as soon as you pass the visitor center. The signs have a blue background and the Columbine flower with "Guanella Pass Scenic Byway" underneath. The pavement switchbacks a few times before reaching the trailhead. You will come across a large parking area on either side of the road right before a switchback. At the top of that switchback is a lookout over the valley below. Note: It's possible to air down here, but it's recommended that you do so at the parking area just below the trailhead.

Q: I see there's an update from yesterday for McClellan, but how is Argentine looking? We'll be there next week :) Thank you in advance!
–Shawna (07/06/2019)