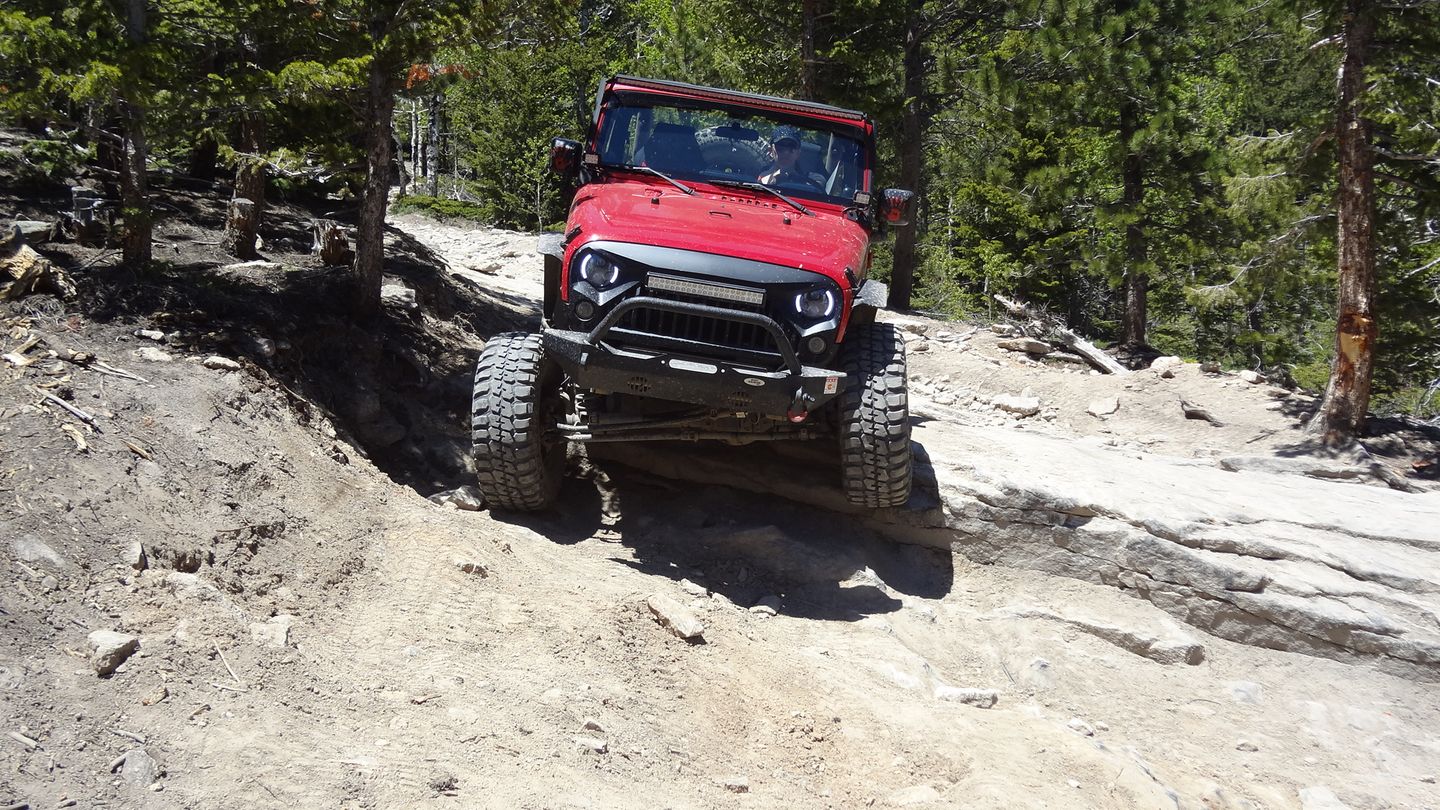 Ironclads is situated in Arapahoe National Forest approximately one hour from Denver Colorado. Ironclads 4x4 trail offers those who might be new to off-roading or those driving a stock rig a decent challenge and the opportunity to practice line selection and tire placement without the fear of body damage or rollover. Camping is very popular along the entire trail, and in the warmer months motorcycles, ATV's and UTV's are abundant, but there are places to pull over and pass except on the steep incline and decline on the trail. The views from the summit offer beautiful mountain peak photo ops. Several other trails are nearby and can be combined with this trail to make a day of it. Highlight photo is of the step obstacle.

Trail starts on the right side.

To get to Ironclads trail you will need to run a short portion of Bunce School Road. From Denver take I-25 North to Highway 66 through Longmont, CO. Once you reach the town of Lyons, you will need to make a left on Highway 7 and continue heading west. Once you pass the turn off for Highway 72 (Peak-2-Peak Highway) the entrance for Bunce School Road will be on your left in approximately quarter mile. It is marked with a Point of Interest sign. Turn left and follow Bunce School Road for approximately half mile and Ironclads trailhead will be on your right.