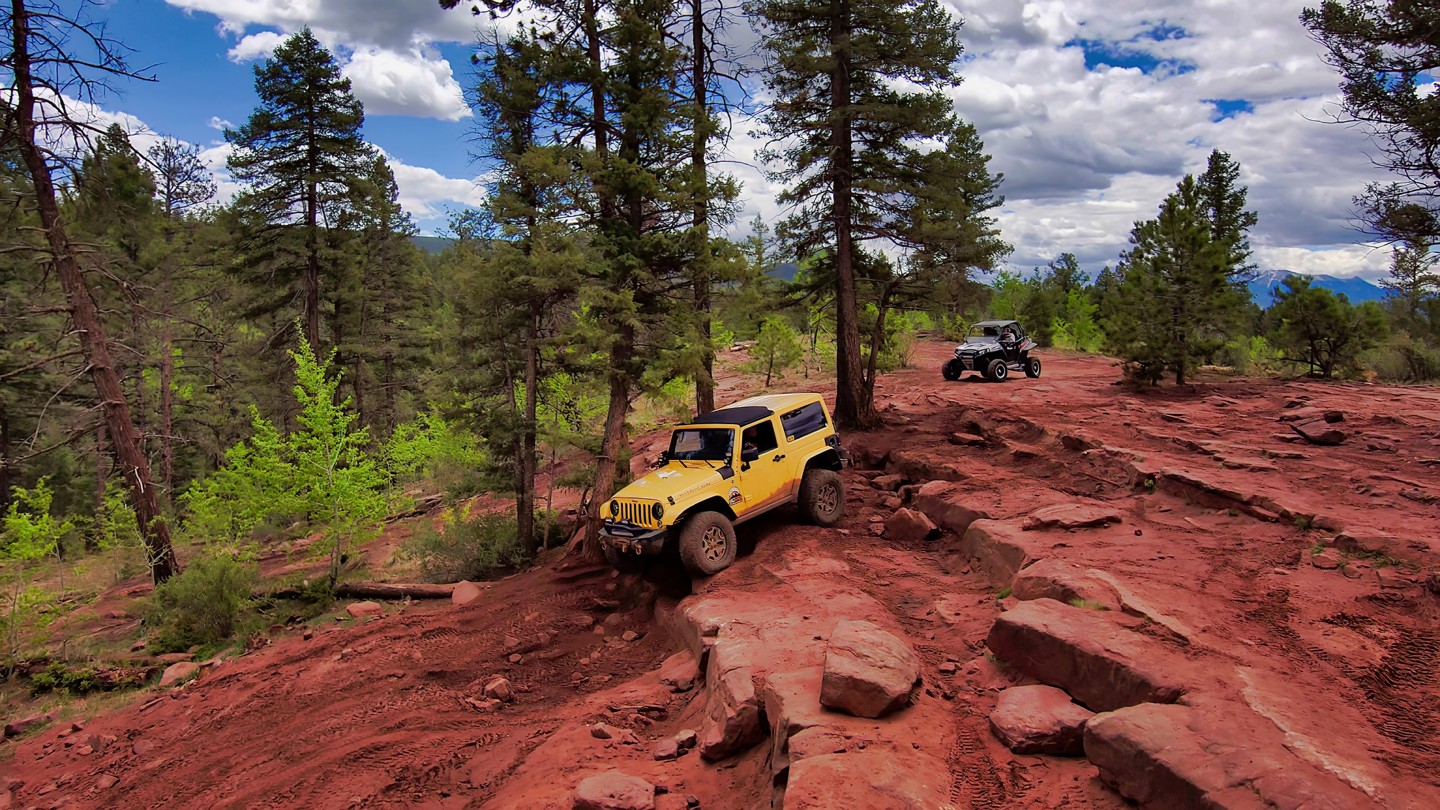 Flake Road is one of the easier to access but more difficult OHV destinations in Colorado, residing just north of Woodland Park. The dirt has been well-traveled and, over time, has developed a number of places where the trail splits into multiple paths. These paths offer various levels of challenge throughout the trail. "Moab Hill" is the primary obstacle and has a reputation in Colorado for the varying degrees of difficulty and the signature red rock. This large and challenging obstacle resembles some rock formations from Utah and has easy to difficult lines, a little something for every skill level. This trail is part of the Rainbow Falls Trail Network in southern Colorado, an approximately 15 square-mile section of the Pike National Forest with miles of dirt to explore. The area is open year-round and is a popular destination for the Front Range of Colorado.

1. Trailhead on East Side of Long Hollow Road (0 mi)

The large trailhead is on the east side of Long Hollow Road. There is a couple of areas to set up a camp just to the right after the entrance.

Q: This weekend I intended to run what's labeled as Illinois Gulch on this website. I just wanted to point out that there's nearby different road on this map, as well as ONX Offroad and Google Maps, that's labeled as "Illinois Gulch Rd" in this network of offroad trails. This road labeled as "Illinois Gulch Rd" is different than the one marked with waypoints on the map on this page (FS 344 and 348B). -Once you turn off 67 and onto South Rainbow Falls Rd continuing past Long Hollow Rd. You then turn right on FS350B and take a quick right onto Illinois Gulch Rd. I mistakenly wound up doing this different road because I didnt have GPX. I was using ONX offroad and did this other trail instead since it was labeled as the trail I intended to do. Lastly, I was wondering how does "Illinois Gulch Rd" compare to FS 344 and 348B? I have an offroad equipped 2018 Tundra - 3in suspension lift up front, 2in leaf spring lift in the back and 35in tires. The route I did was narrow at some spots, but nothing too bad and I never scraped my skids.
–Sean (05/18/2020)