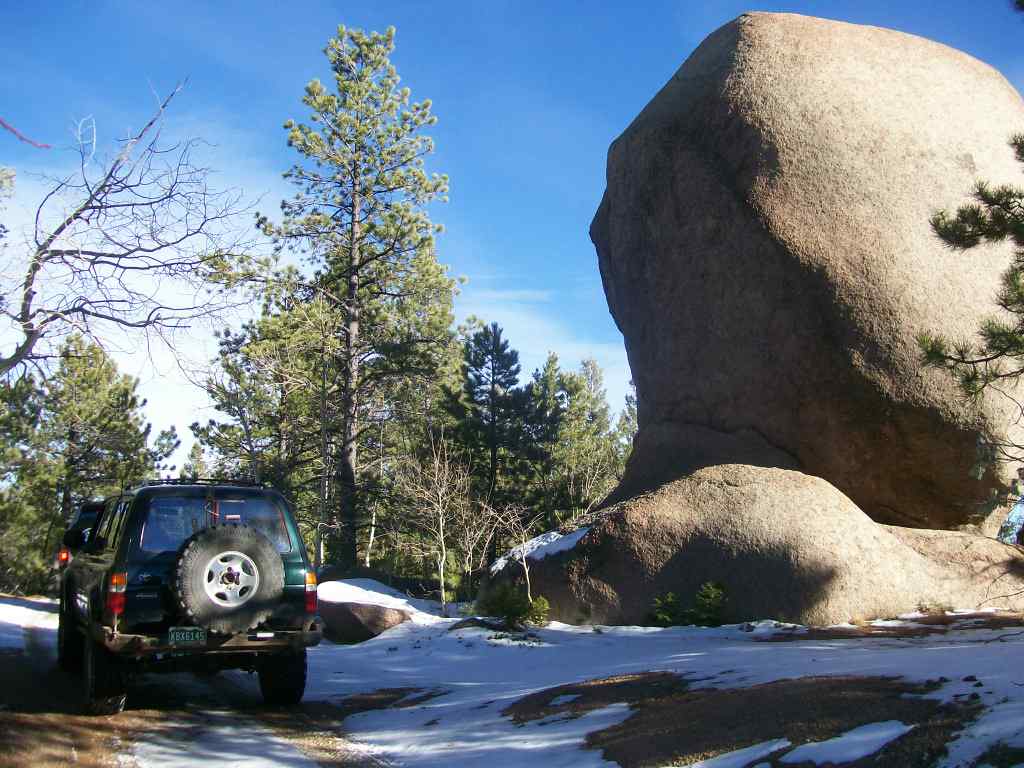 Ice Cave Road is another fun off-road trail that's close to Colorado Springs and easily accessible to those in Denver and other points along the front range. Comparable trails within the Rampart Range can provide a challenge to vehicles that are a little more than stock, but still offer fun routes for the more built rigs.

The trailhead is on the east side of Rampart Range Road, and is marked with a brown US Forest Service sign. Merely 20 yards from the trailhead is a parking area on the right, atop a small knoll. This is a good place to take a break or have lunch during a day of trail riding.

Ice Cave Road is situated within the Pike-San Isabel National Forest, which is part of the 2011 Lawsuit where a coalition of conservation and recreation groups are suing the U.S. Forest Service over what they say is the illegal addition of 500 miles of motorized roads and trails. A settlement was reached in late 2015 which requires the U.S. Forest Service to re-evaluate the roads and create a new travel management plan. Over the next year, 30 roads will be partially or completely closed while this evaluation proceeds over the next 5 years. It is imperative that the OHV community voices their interests on this issue. If we do nothing, those 500 miles may be permanently closed. Contact the Pikes Peak Ranger District and let them know why the area is important to you.
More Information

Read More
Tracy is an outdoor enthusiast originally from north Alabama. His family moved to central Utah when Tracy was a child, and subsequently to southern Utah, where he fell in love with the Rocky Mountains. His favorite activities are family trail rides and camping with small groups. He started many years ago in his dad's F-150 pickup truck, and subsequently his own 4x4 acquisition, a 1975 Ford Bronco (in 1991).
For individual use only, not to be shared.