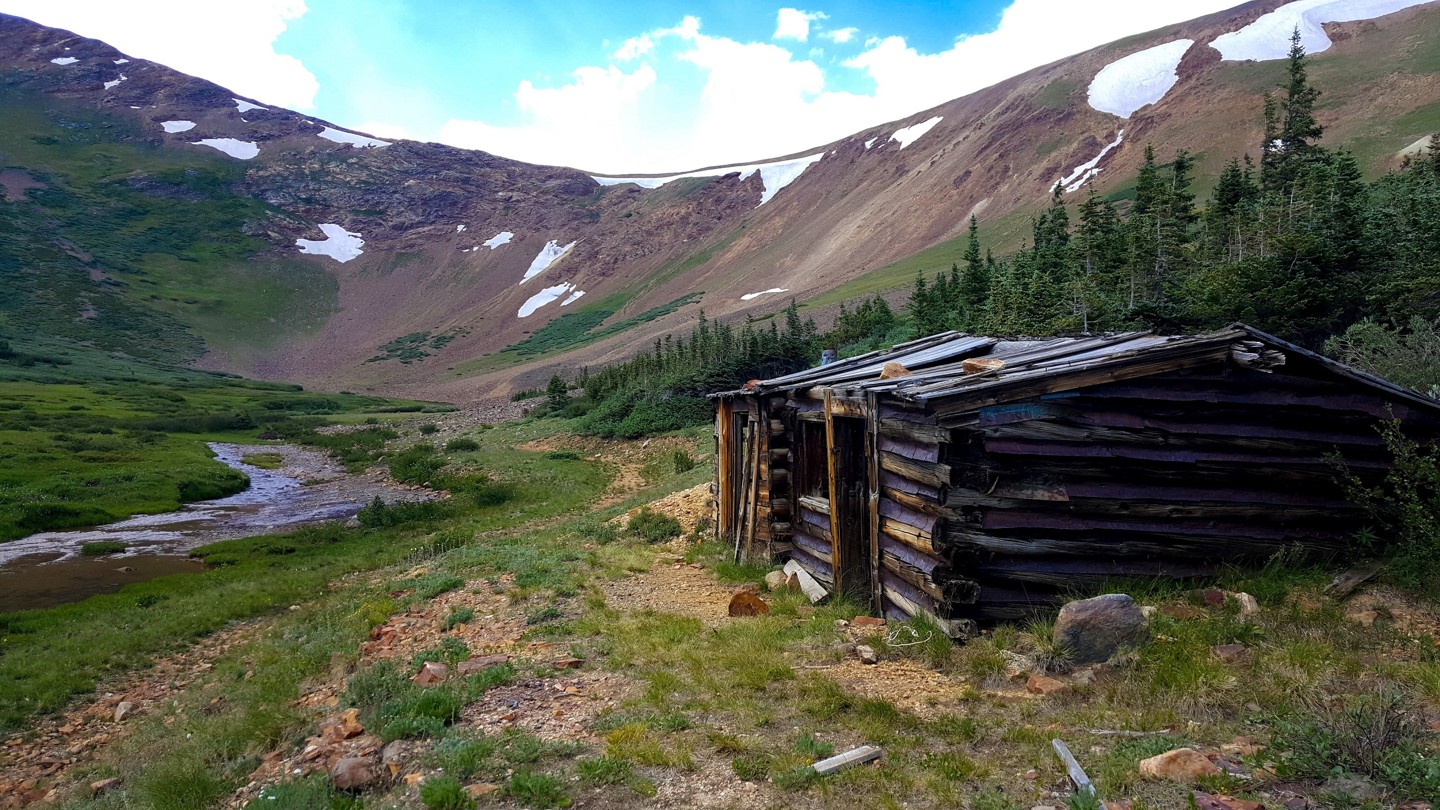 Upper Geneva Creek is one of the more diverse trails in Colorado and great fun even for a stock rig with no bells and whistles. The first part of this trail offers fantastic views of the valley and Geneva Creek itself. This area is peppered with camping for tents and even RV's and trailers from the beginning to the end. The second half of the trail is where things get interesting. First is the Iron Fens natural phenomenon. One of eight locations in the world, all of which are in Colorado. This one happens to be a half-mile hike to see it and is well worth the sweat. After the Iron Fens, you turn and start climbing to over 11,000 feet to what was Geneva City. Scattered at the end of this trail are a number of buildings and structures, including the remnants of the Sill Mine.

This is the intersection with Guanella Pass. From the north, this is just past the gate, and from the south it is just before the seasonal gate. Don't turn too early on the left and wait to see the sign and gate.

In the winter, you can only access Upper Geneva from Grant, CO due to the winter closure of Guanella Pass. From Grant, CO. Take Guanella Pass north and continue 6.85 miles to the trailhead. From Georgetown, take 15th St. straight the roundabout and turn right onto Rose St. Continue on Rose St. 17 blocks and turn left onto 2nd St. which becomes Guanella Pass. Continue 8.5 miles to the trailhead. Guanella Pass is closed in the winter, typically from November 1st until May 30th. If the road is closed, you cannot get to the trail from the North either way and should come down 25 to I-70 to get to it. You can get current information on the status of Guanella by calling the automated line from the county (303) 679-2312.

trailsoffroad has spoken with the Ranger on this trail a few times. While old maps show the trail ends early, new maps recently posted at the entrance indicate the trail is open to the mine. The summits of the old mines on the right at the four-way intersection are off-trail. They advised that the repeated abuse of parts of the trail that are off trail and things like the summits noted at Waypoint 7 are currently being reviewed. These areas are not marked well and the question is becoming how to close this area off. Stay the trail and follow the GPX and trail write-up here. Stay legal and keep our trails open.

We finally got out to Geneva and just in time for the leaves to start changing. W spent the day getting chased by thunder and rain but it was a Friday and the traffic was very light making for a nice day on the trail for us. There is a vehicle blocking the trail with what appears to be a broken front axle. Hopefully, the owner gets back to it before the busy weekend.

All of the mines and summits are now closed to motor vehicles. Signs are permanent and many are staked in the middle of the trail. There is no indication that you cannot walk up to these things, but the mine that is pictured in the highlights section is now closed to vehicle traffic at the bottom of the hill.

–Ryan Boudreau (10/01/2020)
Q: Quick question on the route as I have been studying your description/video vs a few others I found - the high-point at which your video starts, is that part of the confirmed private property that shouldn't be driven from the 4-way, or is that part of the route to reach the Sill Mine? Thank you for the help!
–Daniel hill (09/19/2019)