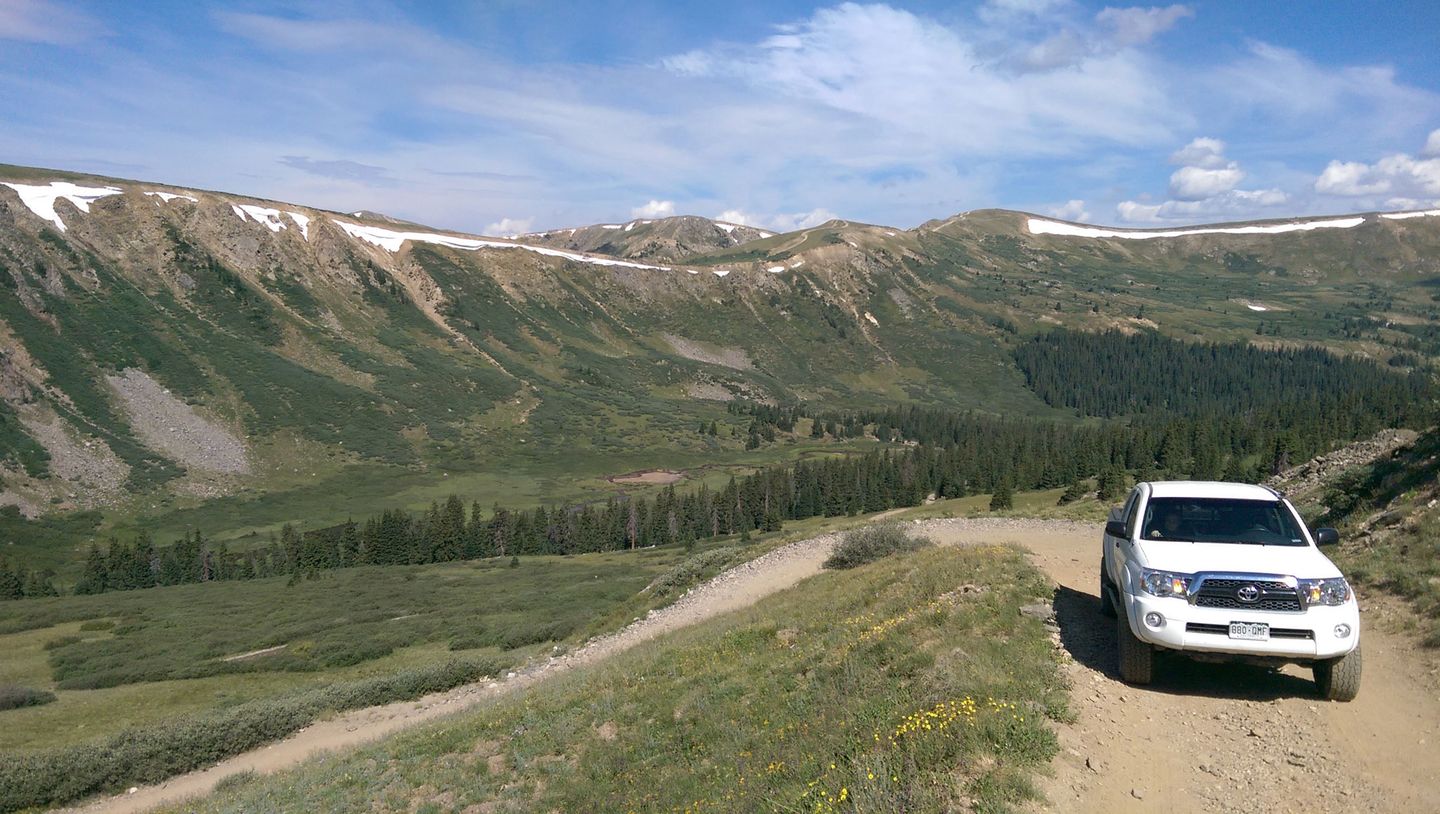 Deer Creek 4WD trail is the easiest of the trails heading out of Montezuma. It works its way south up the valley and summits at the Continental Divide, connecting with a few other popular 4WD trails in the high alpine tundra.

In a meadow, the road widens into a large parking area.

The following describes Deer Creek 4WD trail from north to south. From US 6 at Keystone, take CR 5, Montezuma Road, east for 4.9 miles to the tiny village of Montezuma. Continue straight through town and a further 3.3 miles. At a wide meadow, the trailhead has a parking area on the right. To run this trail from south to north, the southern trailhead is at the junction of Middle Fork Swan River, Saints John Road (FS 275), and Deer Creek Road (FS 5).