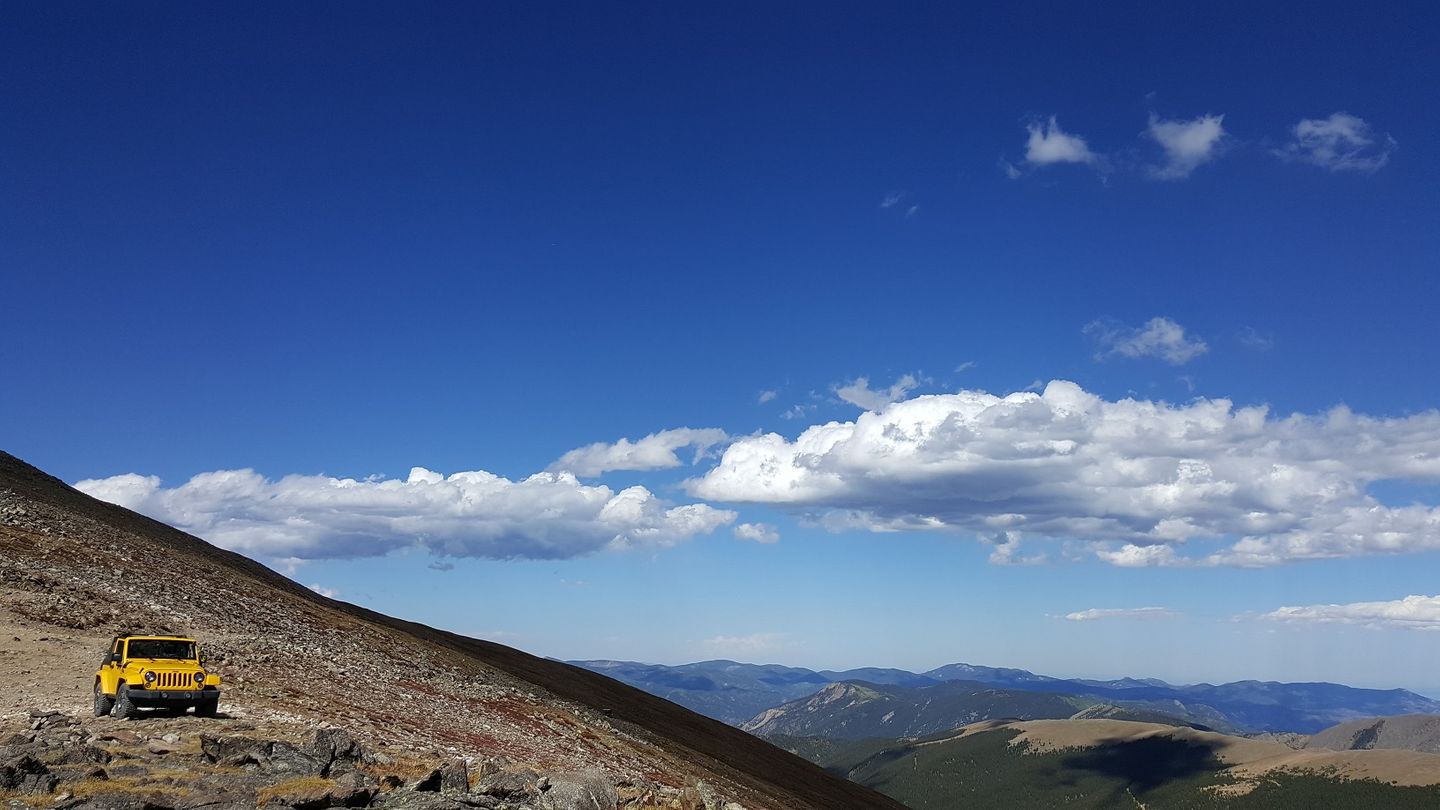 Argentine Pass is a trail with heights and history and just enough challenge to make it interesting along the way. The moderate trail travels up the switchbacks left by the Argentine Central Railroad that ran here from 1905 to 1917. New and experienced drivers come from all over Colorado to make the 9-mile trek to the summit at 13,205’. The whole road is open year-round but largely impassable during the snowy season and the summit isn’t accessible until well into the summer. You can make a whole day of just traveling up to the Argentine summit and back, but make the trip more fun by adding the McLellan Mountain summits and leaving out that route. Any route up and down these mountains is a Colorado classic that shouldn’t be missed.

The entrance to this road is in the middle of a switchback on the way up from Georgetown. The dirt road is obvious next to a lookout point. There is not much room to air down here. At the bottom of the switchback there is a large parking area on both sides of the road. This is the best place to stop, especially with a larger group.

From the I-70 exit, follow the signs to Guanella Pass that pepper the town as soon as you pass the visitor center. The signs have a blue background and the Columbine flower with "Guanella Pass Scenic Byway" underneath.

The pavement switchbacks a few times before reaching the trailhead. You will come across a large parking area on either side of the road right before a switchback. At the top of that switchback is a lookout over the valley below.

Note: It's possible to air down here, but it's recommended that you do so at the parking area just below the trailhead.

Q: Visiting Georgetown, CO. in August. Is it possible to do Argentine Pass and Bill Moore Lake in one day? I was hoping to start at 9am with the Argentine Pass trip, return to Georgetown around 2pm. Then, start the trip to Bill Moore Lake at around 2:30pm at the latest. Then, we want to be back around 7pm before night fall. I know that's hectic but just want to know if that could work if we choose to go for it? Also, do you have a second shorter option out of Georgetown if Bill Moore is to too much to fill the rest of the afternoon?? Thanks, Steve
–steve michael stefany (06/03/2020)

–JD Marshall (09/17/2017)
Q: When looking at google earth, it looks like the trail can go through the pass and down the other side of the mountain. Is that another trail or is it simply not acceptable?
–Francesco Compagnino (08/29/2017)

–JD Marshall (08/29/2017)
Q: How tight does Argentine Pass get? I'm passing through on a vacation from Iowa and want to do this trail. I'm fairly experienced when it comes to wheeling, I'm just worried about scratching up my Daily Driver.
–Evan Siebert (07/19/2017)