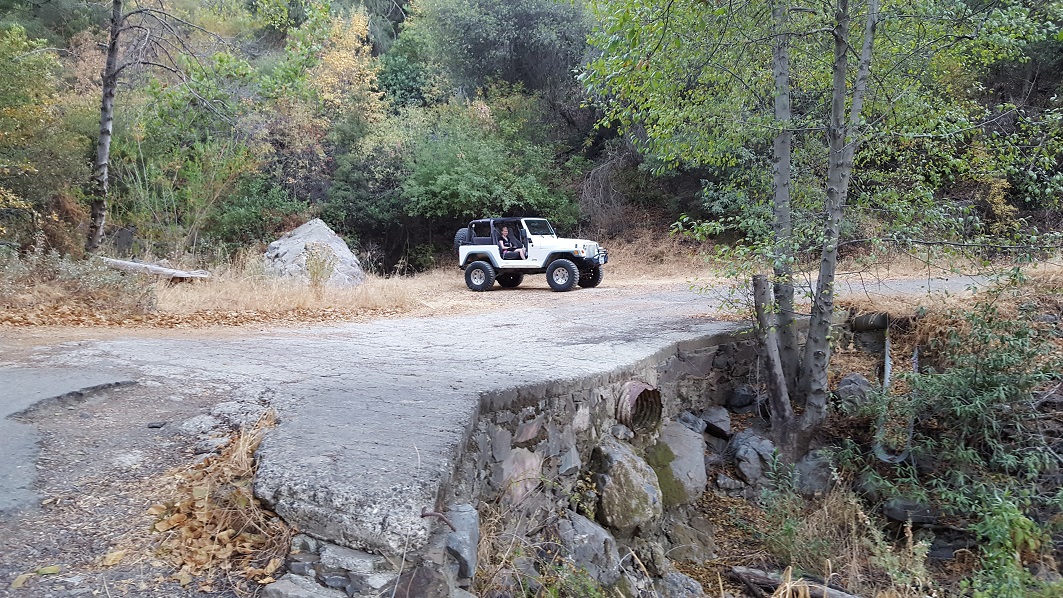 Maple Springs Road is the backdoor to Saddleback Mountain from Mid Orange County. One of Orange County's few trails, this is a popular overland route for people to take when wanting to get out of the house and stay local. Others say the reason they enjoy this road is that it leads to the best view of Orange County. If you are fortunate to have a few hours around sunset, the view from the top of Saddleback Mountain has been known to create some of the best views / photographs of the sunset as it sets over Catalina Island / Pacific Ocean with Orange County in the foreground.

Maple Springs Road begins where Silverado Canyon Road ends, hence the name Silverado Canyon Trail. While traveling this overland route, you will find it to be mostly a dirt road with a couple of water crossings, an ample amount of shade, and an abundance of views. Even though the trail is mostly a dirt road, there are several very tight hairpin corners that could potentially be an issue if traveling at a high rate of speed. The risk of pin stripping is mostly along the lower section of the pavement. The bushes can get overgrown during the winter as the gate is often closed for long periods of time allowing the bushes to grow into the trail. This is rare but noteworthy. Passing is the other time pin stripping can be an issue as the path is only one vehicle wide. So making space to pass means both people have to pull off the side of the trail. For a number of reasons, including weather, this trail closes often and without warning. Please read below for the number to call to determine if the Forest Service has the gate locked or not. Please check with Cleveland National Forest for trail open or closed status. This trail closes for many reasons throughout the year. Click Here For Current Trail Closures Trabuco Ranger District - (951) 736-1811

The gate at the bottom of the trail is a popular spot to airdown if you plan on doing it. There are parking spots on the asphalt for hikers and bikers. People often park on the other side of the gate as well. If you park in this area, you will need an adventure pass.

The trail transistions to dirt at this point. This area is known for its lady bug migration and tarantula run.

*** This area has been closed by the forest service*** The mountain range has a few play spots for those people that want a little bit more out of the trail. This used to be a challenging alternate route along the trail.

The mountain range has a few play spots for those people that want a little bit more out of the trail. This is the play area along the trail.

Take Silverado Canyon Road east all the way to the end.

You can camp along the trail in this area, but there is only a couple of spots near the bottom that are large enough to camp. But due to a large amount of traffic on this trail, most people choose to either camp at Santiago Peak or not camp at all. All three Ranger Districts offer remote camping, also known as “dispersed camping”, where camping outside of developed campgrounds is an option. Please note: wood or charcoal fires are never allowed outside of developed campgrounds or picnic sites on the Cleveland National Forest, but portable stoves or lanterns that use gas, kerosene, jellied petroleum or pressurized liquid fuel are permitted unless elevated fire conditions prohibit their use in identified locations. Descanso - permit required for areas outside of the Laguna Recreation Area.(619-445-6235) or click here Descanso Ranger District Palomar - no permit required, contact District Office for desirable locations.(760-788-0250) or click here Palomar Ranger District Trabuco - allowable only in the San Mateo Canyon Wilderness, permit required. (951-736-1811) or click here Trabuco Ranger District 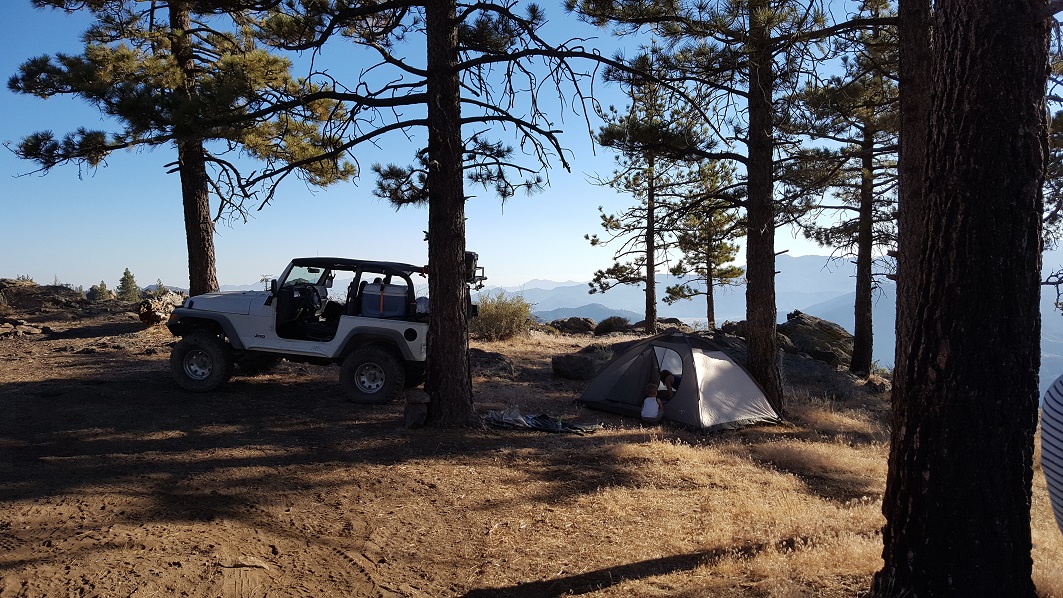 Q: what is pinstripping listed under concerns. thanks
–john bain (02/17/2021)
A: Near the top of the asphalt, the bushes can grow if is a healthy winter. Also, when passing people, some spots are narrow and require people to get off the side of the trail and sometimes into bushes. That or back up a decent distance.
–Josh Noesser (02/18/2021)
Q: Is there day parking at Waypoint 1? In the past, I used to drop off my truck at Cook's Corner and ride my dual sport motorcycle to the Maple Springs gate, but now that I read your trail guide, I'm wondering if you're allowed to leave a vehicle at WP 1. If not, is there any place along the trail to leave your vehicle or perhaps a spot along Maple Springs Road? Thanks!
–Marc Nitz (02/17/2021)
A: Not sure about right now, but yes there was
–Josh Noesser (02/17/2021)
Q: How do I use the gpx download on my iPhone ? Any help would be great thank you.
–David (01/05/2019)
A: Just click on the download gpx and open it in the app you want to use such as Backcounrty Navigator or Gaia
–Josh Noesser (01/06/2019)

Read More
Joshua Noesser grew up in Southern California but has lived in different parts of the country during his young adult life. Josh was first turned to four wheeling when he road with one of his friends dad up Surprise Canyon in the Panamint Valley at age14. After nearly 3 different roll overs later and a half dozen intense waterfalls, Josh was hooked. At 16 he purchased his first Jeep a CJ 7 and by 17 was putting his first locker in it. Currently, Josh is the owner and CEO of Nybble, an IT Solutions Company based in Orange County, California. Nybble isn't your normal IT company where everyone stays in and plays video games. Nybble's average company trip is out on the trails since a good amount of his staff enjoy wheeling too. As Josh likes to say, he offers the only IT Company with the ability to provide services in extreme locations. "If you want a server at the top of The Hammers, we will take care of that for you." Today you can find Josh out on the trail behind the wheel in one of his three different off-road vehicles. See the vehicles below for more information. If you ever run into Josh, please say high, he is a very friendly person and is always happy to have a new person join the group.
For individual use only, not to be shared.