Go All-Access to unlock all of our trail guides 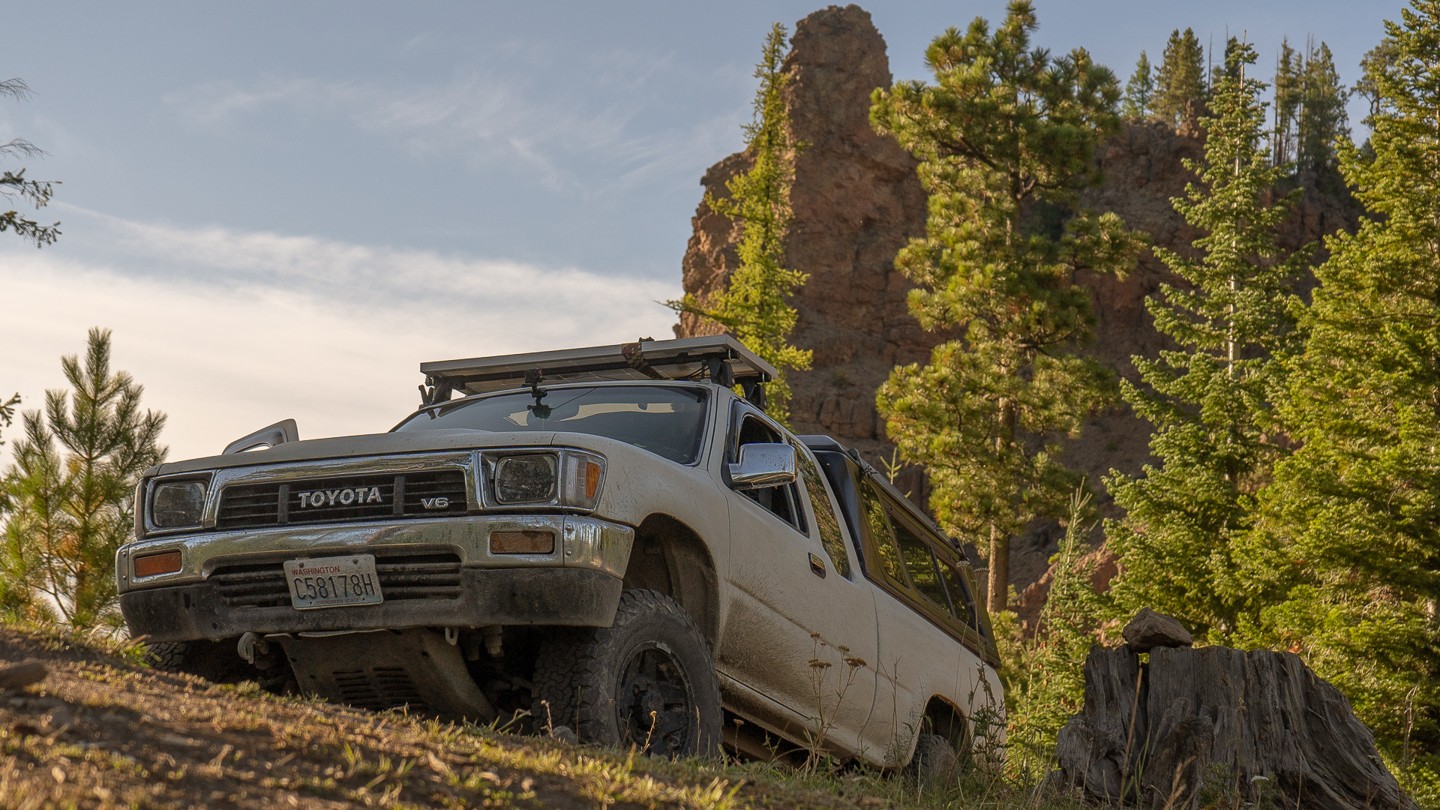 After departing the dense woods of the Gifford Pinchot National Forest near Packwood, Washington, you’ll find a much different terrain on NF-1500, which also leads to Bethel Ridge. Bethel Ridge is a wonderful drive with breathtaking views, but it is more challenging and can get muddy at times. For those reasons, and if heights aren't your thing, staying on NF-1500 is a great choice. At the beginning of the trail, you may find cattle wandering freely at the lower elevations. After climbing a series of switchbacks, you’ll ascend over 3,000 feet before reaching your maximum elevation of 5,670 feet. As you enter the Okanogan Wenatchee National Forest, the scenery begins to make a noticeable change. While there is still an abundance of trees, they begin to thin out, and you’ll be able to see many of the nearby mountains through some of the barer patches of conifers. The road itself is also drier and dustier than the previous Gifford Pinchot National Forest to the south, and would more resemble northern Arizona than Washington, especially at Waypoint 19. There, you’ll see large outcropping named Red Rock, that would make for a great campsite as well. After Waypoint 23, NF-1500 becomes paved and continues for several more miles until arriving in Nile, Washington. Though paved, the road is quite narrow and has no guard rail. Pullouts are present, but caution should still be exercised, especially around corners. It's a beautiful drive; just be watchful. This trail is part of the Washington Cascade Overland Route. Visit Overlanding Across Washington for more information, including which trails to take next.
For individual use only, not to be shared.