Eight out of ten trips, we are usually in camp, eating and enjoying our friends in conversation before it gets dark. The other times when we are out after dark, we are generally navigating unfamiliar terrain, on a recovery mission, or driving back to camp after a session of sunset shots. In those times, we appreciate lighting that is above and beyond the factory headlight set up. 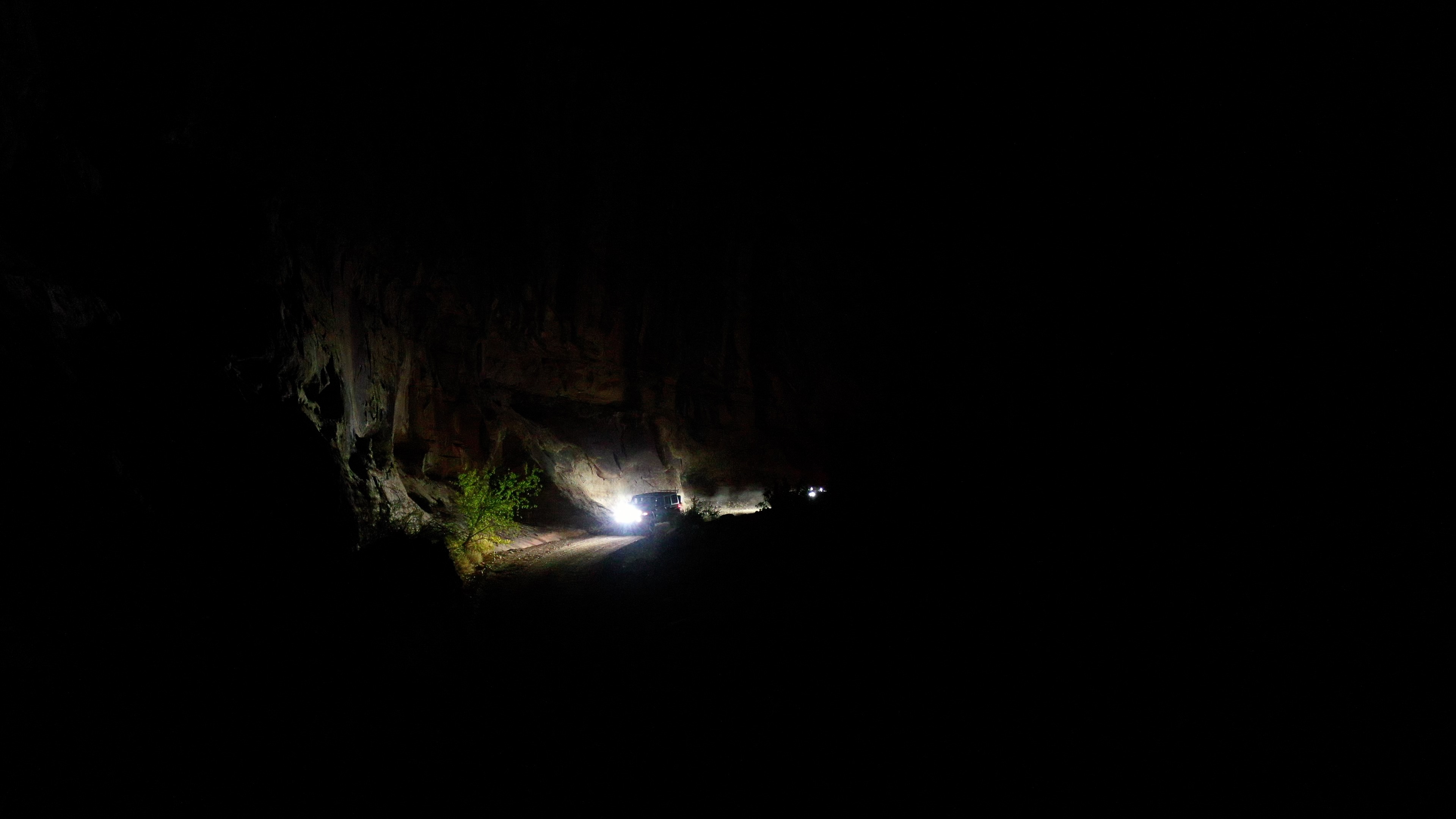 There are so many choices in lights; it can be somewhat dizzying. Not only types of lights, but in manufacturers, all of which vary in quality. Quality is perhaps even more hard to judge. TYRI came to our attention when the Jeep JL released as they are OEM manufacturer of the rectangle fender lights you see. What interested us the most in TYRI was the fact they manufacturer their lights in the United States. They have been in business for forty years and have a strong business presence in the mining industry.

The testing their lights go through is rather intense. We were most interested in the quality surrounding dust and moisture, vibration and shock absorption, and electronic radio interference. TYRI tests these critical details.

IP69K Testing for Dust and Moisture.

The IP69K rating is for applications where high pressure and high-temperature washdown are used to sanitize equipment. The IP69K test specification was initially developed for road vehicles, especially those that need regular intensive cleaning, such as dump trucks and cement mixers but has been widely adopted in the Food and Beverage industries as a test of products to withstand sanitary washdown.

TYRI lights undergo extensive vibration testing, for up to 8 hours on all axes, above 10 Grms at a frequency range from 5 – 2000 Hz. This testing simulates the forces applied to the lights once mounted on off-highway machines.

As well as vibration testing, TYRI lights undergo shock testing to a force of 50G 11ms. This ensures that TYRI lights will withstand punishment from the harsh off-road environment.

We finally got our chance to try two models from TYRI.  The timing was perfect for our fall crew trip to the San Rafael Swell. We had a couple of tight canyons and open desert trails in mind for their maiden run. We installed a set of 1010 4600 eLumen lights on one JL and a set of 1313 8000 eLuman lights on another. Both the 1010 and 1313 models are crafted with cast aluminum housings and polycarbonate lenses.

Both installs took less than an hour each, and the first impressions from the install were positive. Right out of the box, the lights felt very sturdy, appeared well-built, and look like they will do what lights are supposed to do – create lighting. They were bright in the garage, but we wanted to see how they will do in the San Rafael Swell. 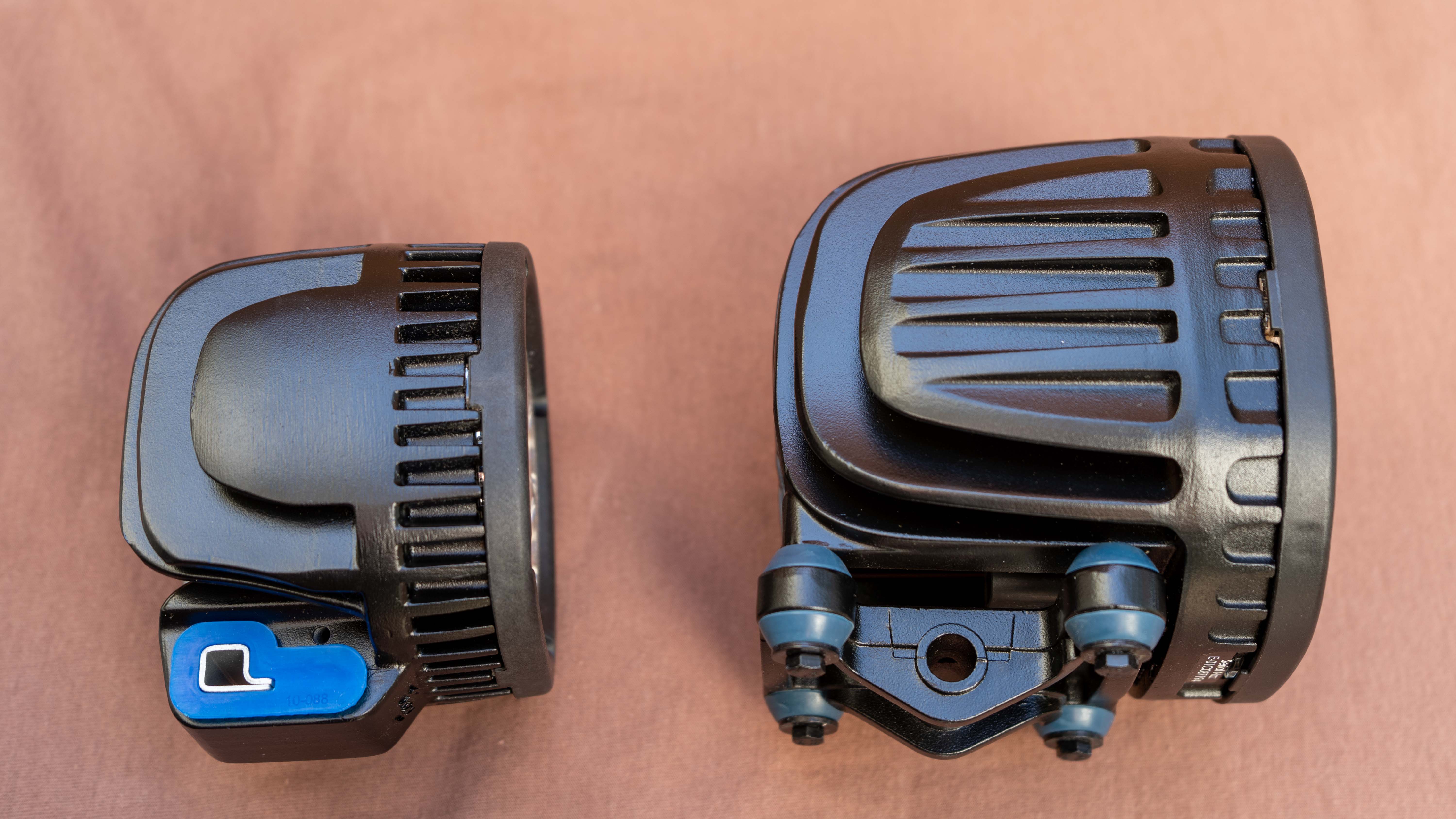 On our first night in camp, we had crew driving in from Arizona, California, Colorado, Montana, and Utah. We had made camp just at the end of the canyon on North Temple Wash, and that was our meeting point. Wade had made it in from Arizona as well as Cory from Montana earlier in the day. 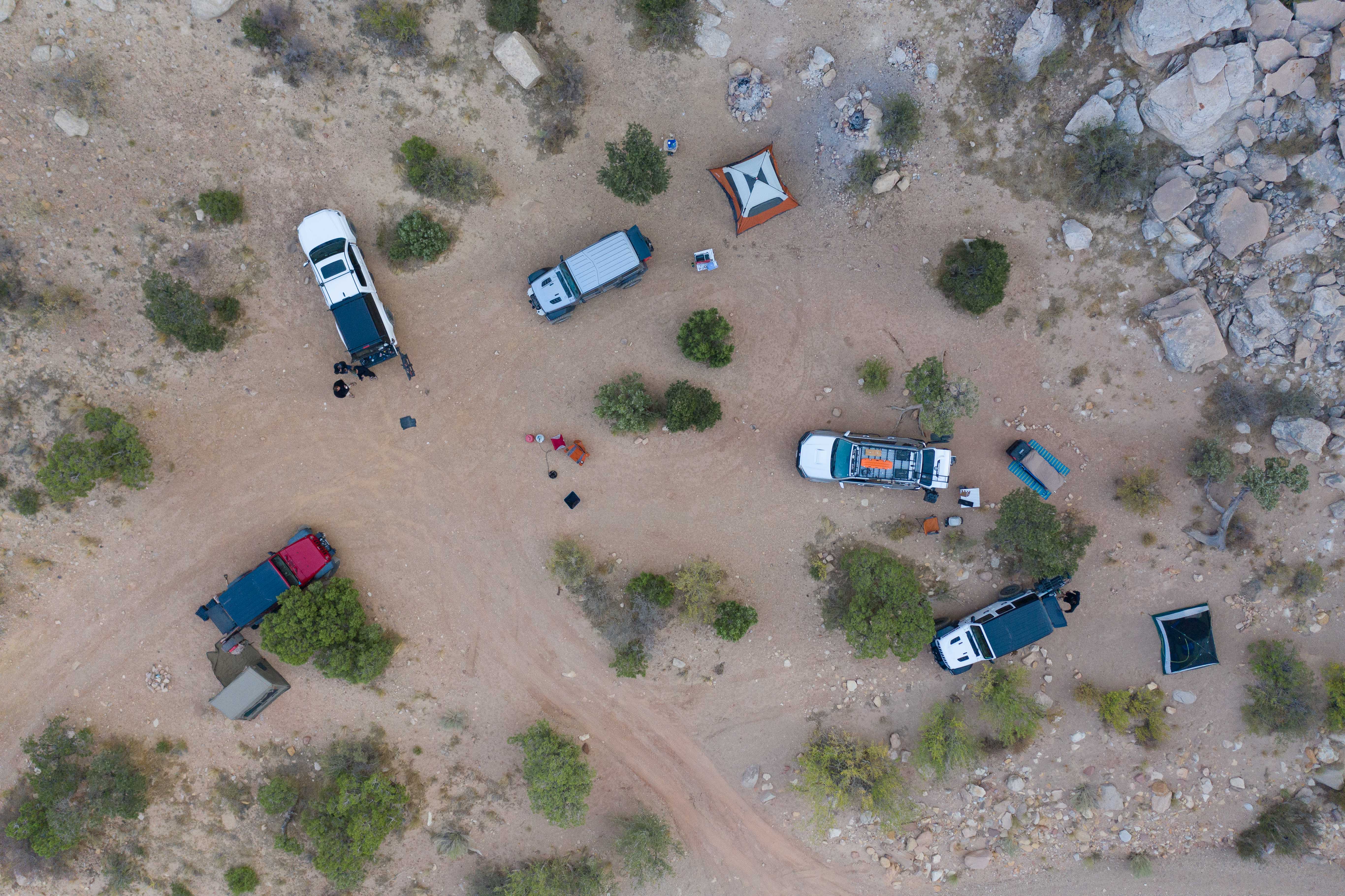 Josh and I rendezvoused in Flagstaff and arrived just before sunset to meet Wade and Cory, who already had camps picked out for nine of us. John was driving in with Ben from the Front Range of Colorado, and they were arriving around 9 pm, well after dark.

We could see John before we heard him as his 1313 lights light up the canyon wall 300' above us. Wade, Cory, Josh, and I were all very impressed with the light coming from the 1313s. We couldn't wait to continue our testing. 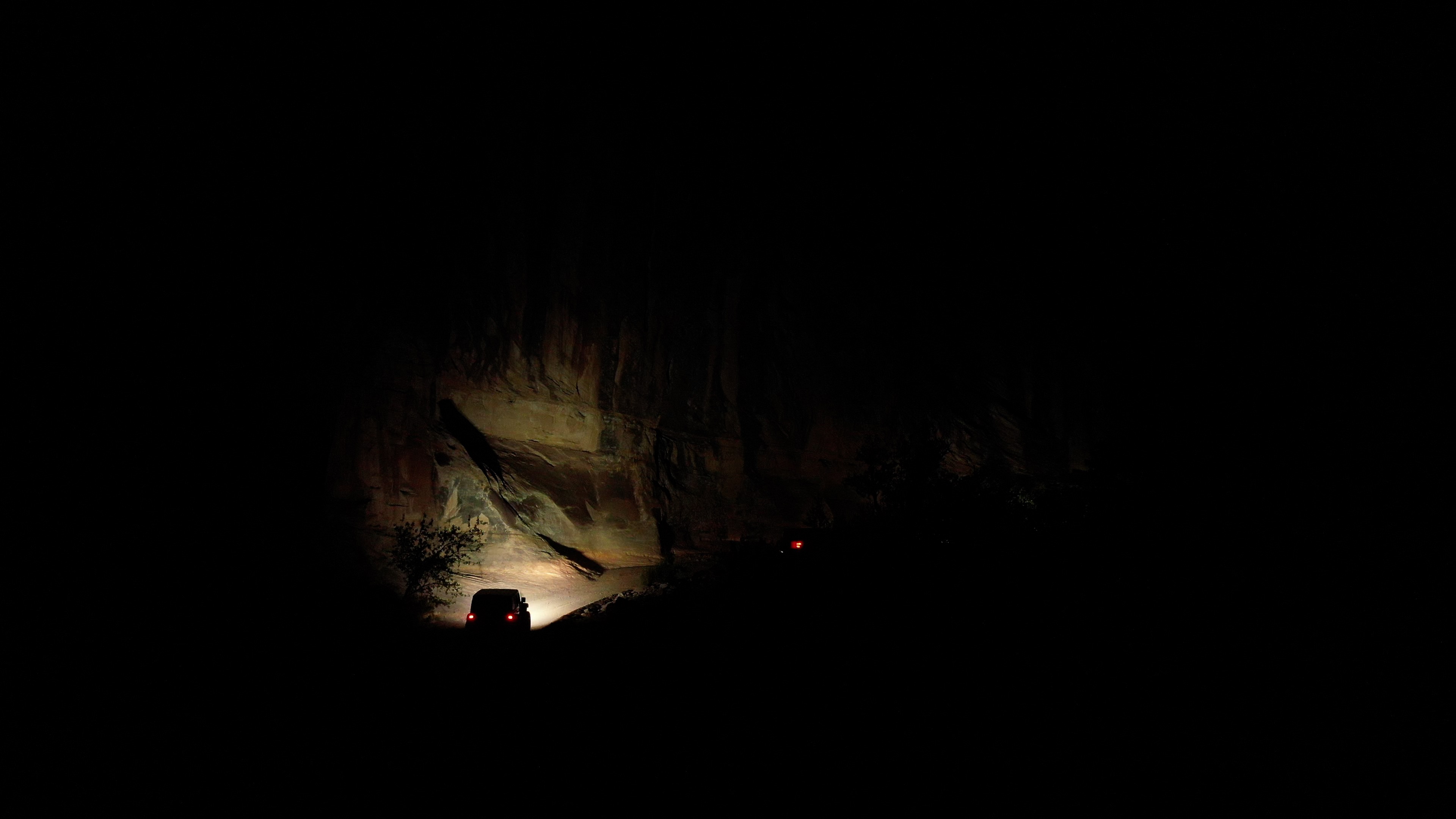 After our typical greetings as old friends do, we immediately started looking at John's Jeep mods, and the most notable driving in were the lights. The whole group of us were very impressed by the brightness of these lights.

The following night, we were able to do side by side comparisons of the 1010s and 1313. We also compared the two from atop the canyon walls. 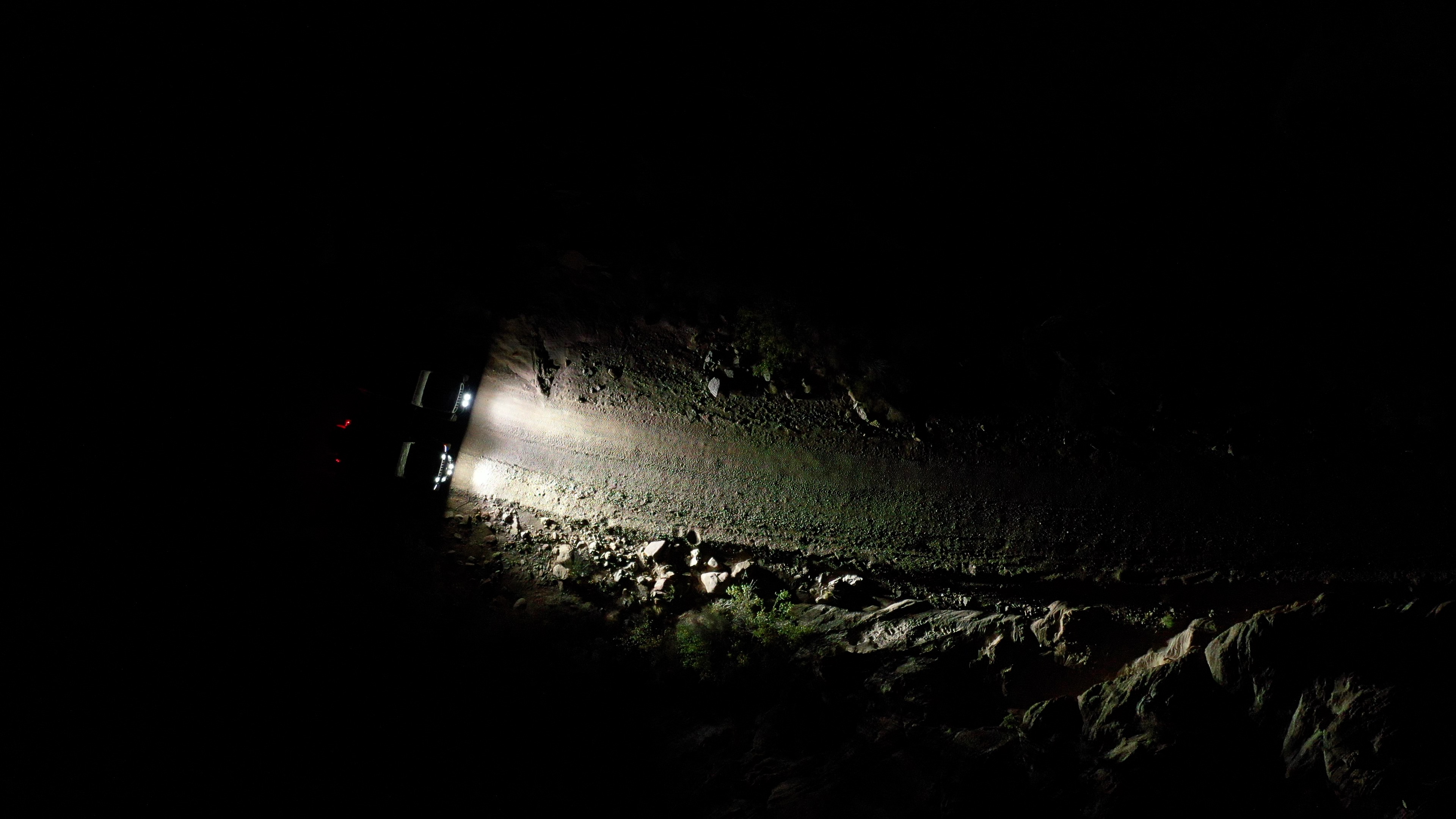 After our first couple of trips we the TYRI lights, we would definitely recommend them to any of our Trails Offroad Community Members. You can find them at Fox Tail Lights. 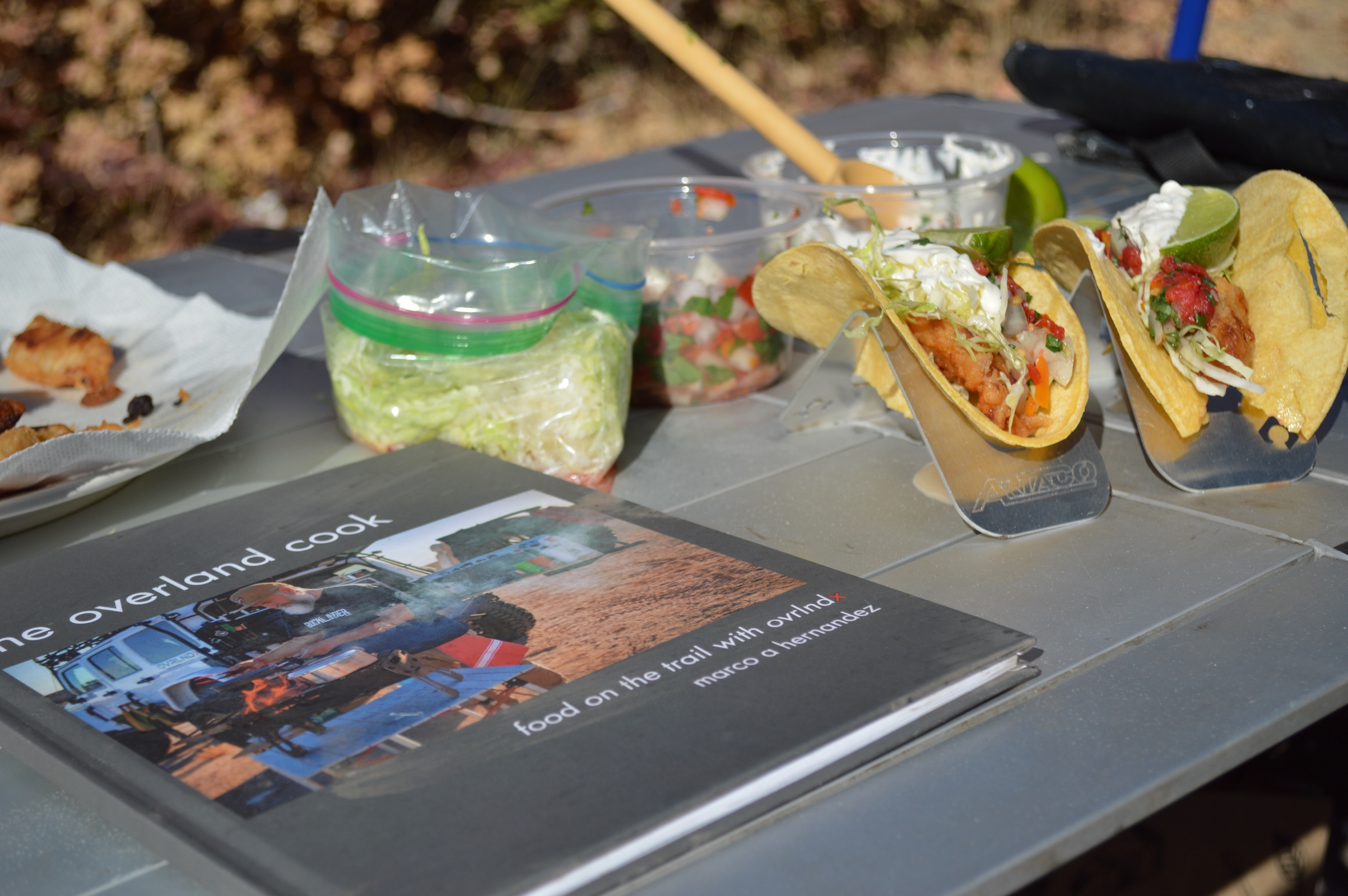 "The Overland Cook" - A cookbook by Marco A. Hernandez: Our Review 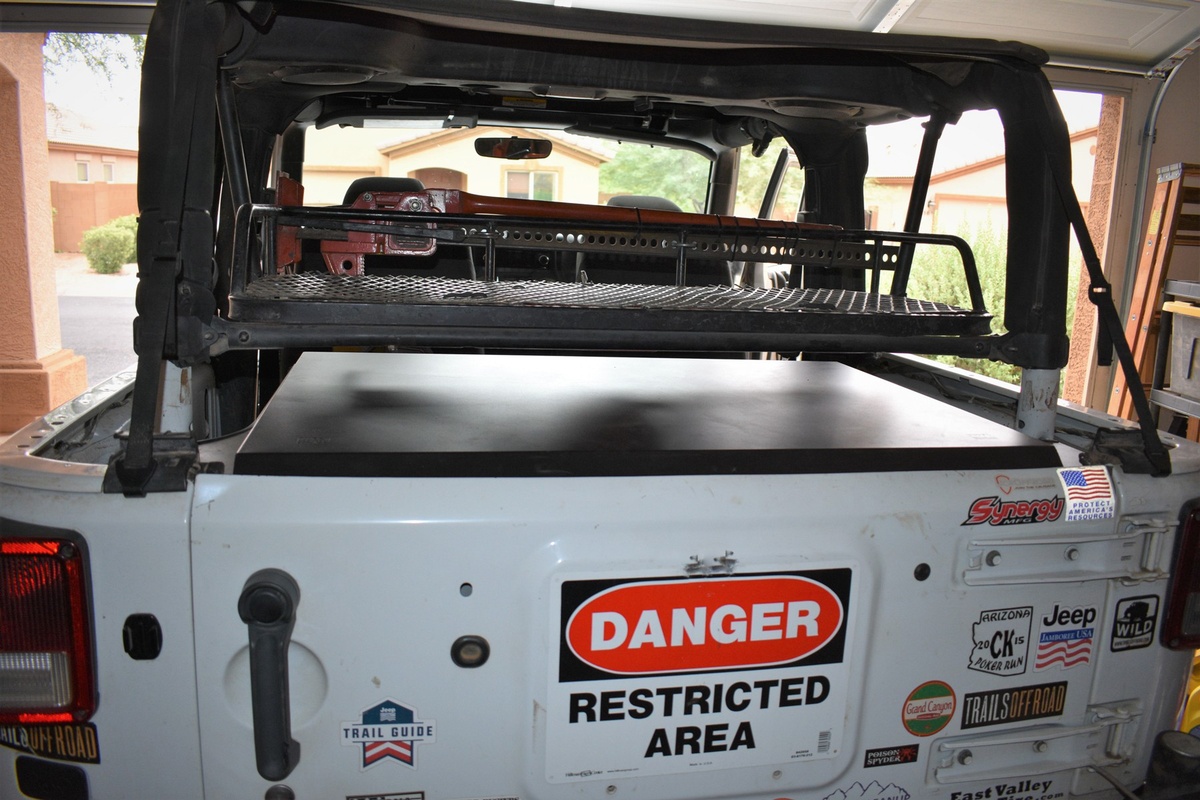