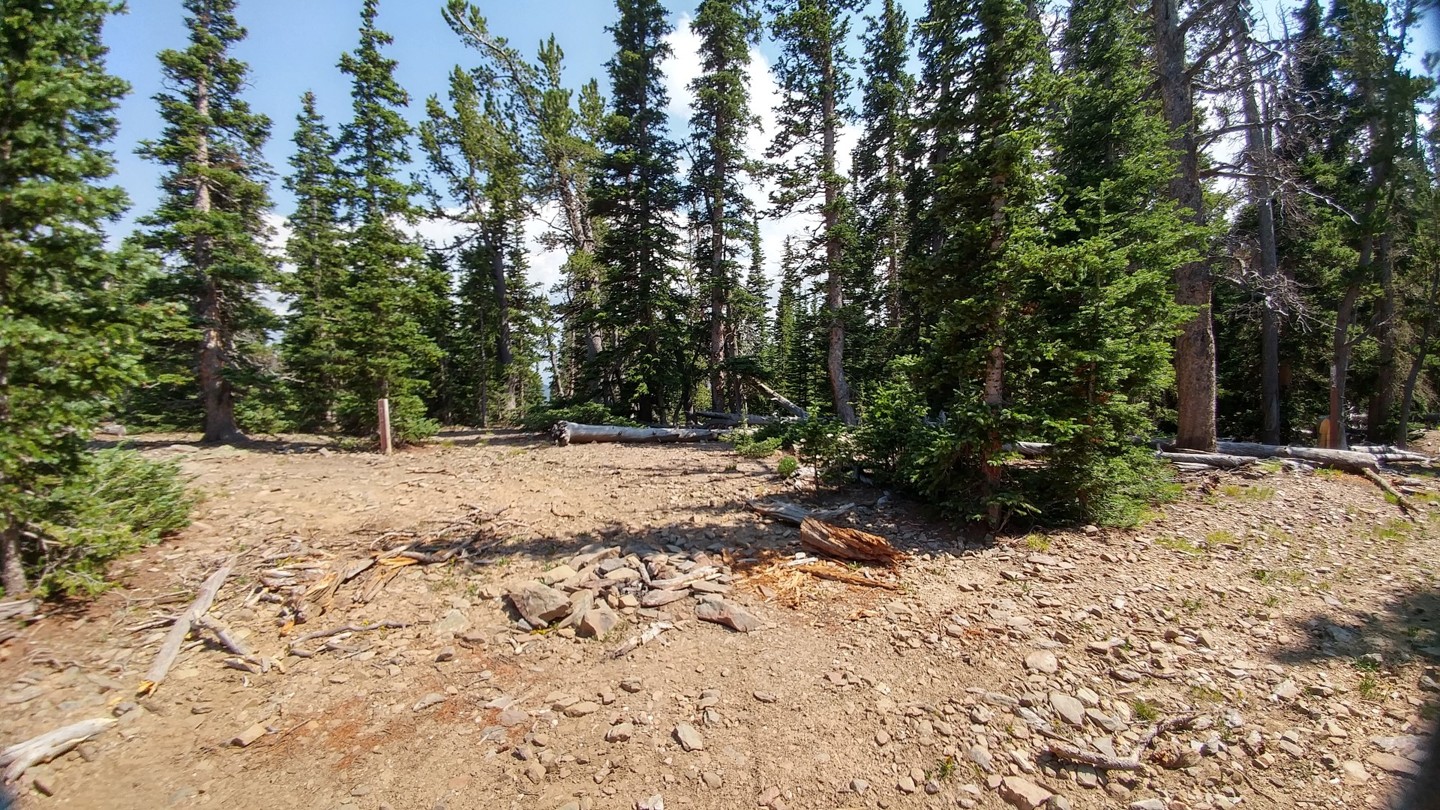 Ballard Road is a year-round off-road trail that takes you through the beautiful Roosevelt National Forest and offers access to primitive camping and the Donner Pass, and one other, single track off-road trail. These single track trails are open to hiking, horses, mountain biking, and motorcycles. Ballard Road also has some historical presence along the trail, with remnants of old logging camp remains found throughout the route, but most of these camps have been reduced to just piles of lumber. In the winter months, Ballard Road is a perfect snow wheeling trail that doesn't get too much snow, but will always give you a challenge and is occasionally impassable. With everything from smooth grades to mild rock crawling and snow wheeling, Ballard Road is a great 4wd road for any outdoor and 4x4 enthusiast in the Northern Colorado area.

The last few waypoint obstacles are small but can still pose challenges for stock vehicles. This trail gets deep snow in the winter, modified vehicles needed.

Ballard Road is a gravel road that is regularly maintained and passable by stock SUVs for the first half of the trail. The second half of the trail is more challenging with several rock obstacles and an off camber area. Only 4x4 off-road vehicles should continue past waypoint 5. Ballard Road travels through the Roosevelt National Forest with access to some primitive camping and access to single track trails. There are no gates at the entrance so this road is open all year but can be unpassable in winter months due to snow, but this is a very popular snow-wheeling trail in the winter
There is no cell service on this road and help is far away. Best traveled with 2 vehicles for safety.

Entrance to Ballard Road, this is unmarked and has no trespassing signs on both sides of the road. Those sign only apply to the property on either side of the road and not the road itself. Please be courteous and do not stop on the road here.

Parking/camping area for Donner Pass Trails head. The beginning of the trail is off of East Greer Road, this is an intersection with the trail that has ample room to park cars and trailers.

Left turn to FR 129a, stay right (north) to continue on Ballard Road.

A new section of road bypassing old obstacles on the trail. This was the most challenging part of the trail but, due to illegal go-arounds this area has been permanently closed. It was several large mud pits, one up to 4 foot deep at one time, and a section of washout that was very flexy. Let this be a reminder to always stay on the trail and, if you can't make it, turn back before creating new tracks.

This is the beginning of the most challenging half of the trail. From this point forward high clearance and 4x4 will be required.

A small boulder that can be used to get some good pictures.

Another rock hill that will challenge stock vehicles.

Another rock hill that will challenge stock vehicles.

A small rock garden that is the most challenging part of the trail. The backside of this obstacle is off camber, so be sure to take caution while attempting.

The dead end of Ballard Road. There are a couple of established firepits for camping and enough room for a group to turn around. There is also a single track trail that continues on from here.

From Loveland Colorado, head west on Eisenhower Blvd. (Highway 34) to CR 27. Travel north on CR 27 for 5.2 miles to Masonville. At Masonville, the road will come to a tee, turn west onto Buckhorn Rd and continue to travel for 10.7 miles. Buckhorn Road forks here, stay left traveling west for another 10.2 miles until at the Ballard Road trailhead.

There are abundant primitive campsites throughout the trail that can accommodate tent camping. Only the Donner Pass intersection area is suitable for larger campers and trailers with room for about 5 campers. All campsites have an established fire pit, please use this same pits and leave the campsite in as good or better condition than when you showed up. As an outdoor enthusiast, it is your responsibility to take care of the places we all enjoy. For more information on camping in this area click the link below. Canyon Lakes Ranger District 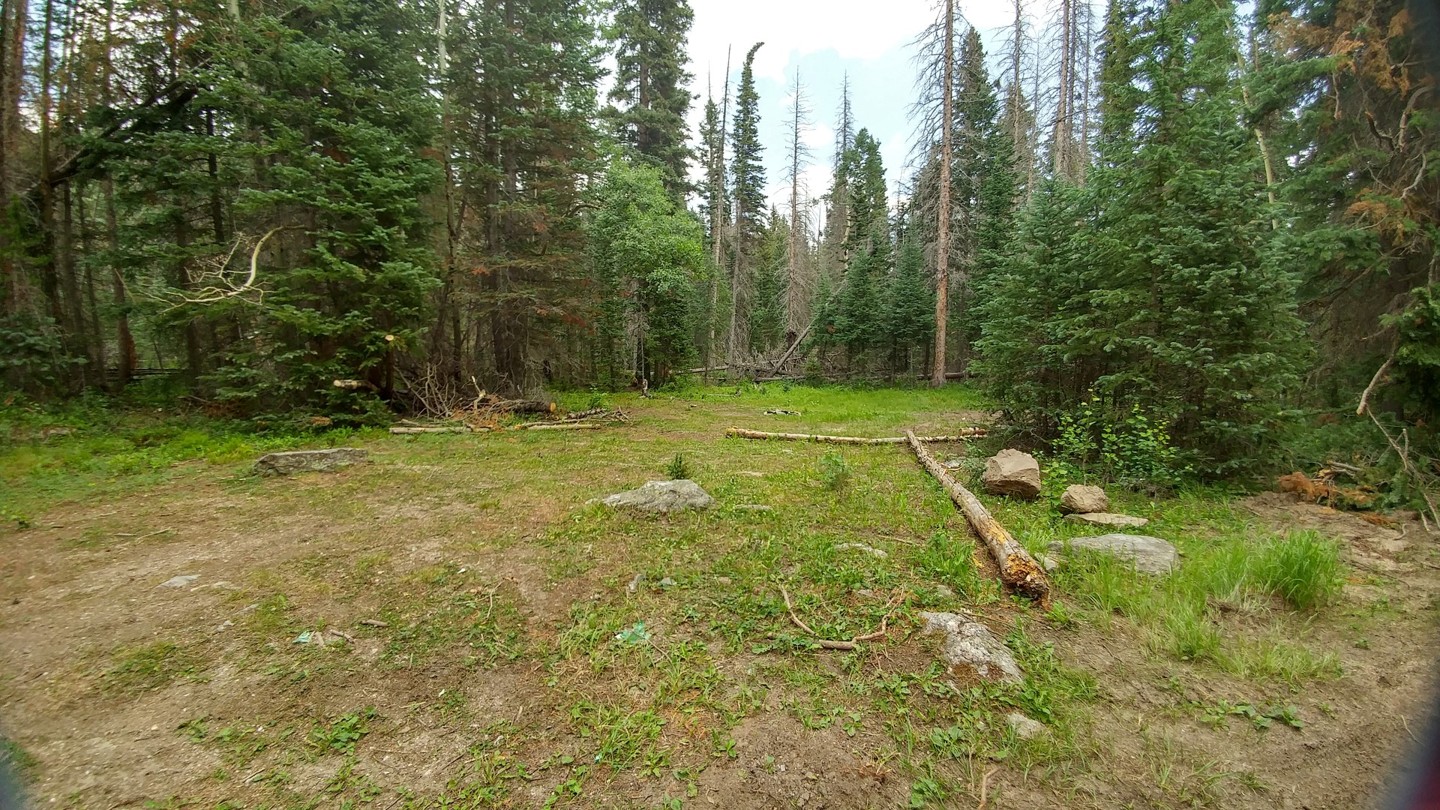 Q: Anyone know if this trail was burned by the fire? Went up early season camping there last year and had a blast. Been wondering all year if it survived.
–Sean (04/15/2021)
A: Hi Sean, we will need to get up there to give a full assessment. The trail is closed per the Canyon Lakes Ranger District. According to this map (https://inciweb.nwcg.gov/photos/COARF/2020-09-20-1235-Cameron-Peak-PostFire-BAER/picts/2020_11_19-12.07.00.408-CST.pdf), parts of the trail definitely got some moderate burn severity. This summer will be pretty interesting for Northern Colorado, but we will update our guides as soon as we know more.
–John (04/15/2021)
Q: Can a Tundra with a 3inch lift, full skids, and off-road mods make it up? Also thinking about camping off this road. Do any of the camp spots have pull ins for the truck?
–Sean (05/27/2020)
A: There are a couple campsites you van pull in with the truck. More so than at the beginning of the trail. That back section will definitely be difficult in as full size pickup. I would to expect to do some spotting, scrape the under belly/rocker panels, and possible pin striping. The back end of the trail is the most challenging and has gotten more difficult over the last few years. If you do make it back there you will be rewarded with a very private and nice camp spot. Happy trails and be safe you there.
–Bradley & Rhea Mikkelson (05/29/2020)
Q: Does anyone know if you can connect to pennacock pass trail down f.r. 407 from between waypoints 5&6?
–James m myers (11/04/2019)
A: No. Greer Road would cut over, but it blocked by private land.
–Charlie Crusan (05/12/2020)
A: Pennock pass I mean
–James m myers (11/04/2019)
Q: Anybody been up lately? Curious about if they still have a little bit of a snow pack.
–Gunnar Campbell (05/26/2019)
A: I was up the trail a week ago and, yes, there were still some snow issues on the trail. I suspect that it will stay muddy with snow lingering in the shadows for another few weeks.for a while yet
–Tim Palmer (05/27/2019)
Q: Interested in taking this trail this summer to the end where we can then hike to signal mountain. Is it too much for a stock JKU sport with 32 inch BFG all terrain tires (but no lift, no lockers, etc.)?
–Nick Coult (03/19/2017)
A: I would say a stock JKU would do just fine on this trail. Might need some spotting on waypoints 8 and 11 but as long as you pick a good line you will be fine. Have fun and happy trails!!!
–Bradley & Rhea Mikkelson (03/20/2017)

Read More
Bradley and Rhea are currently living in the quaint little town of Fairburn, South Dakota with their two daughters, Riley and Dakota, and their dog Nyx. Bradley was raised in Northern Colorado, while Rhea was raised in the Black Hills of South Dakota. Growing up in these environments, the mountains are where they like to spend their free time. Since meeting in July 2011, they have been fishing, camping, and wheeling together ever since. For the Mikkelson family, owning a Jeep is essential to the mountaineering lifestyle. They currently have three Jeeps, a built 1995 Jeep Cherokee, A mildly built 2000 Jeep Grand Cherokee, and a bone-stock 1996 Jeep Grand Cherokee. As a volunteer wildland firefighter, TrailsOffroad mapping crew and avid nature lovers, the Mikkelson's strongly encourage responsible trail usage, respect for our forests, always stay the trail, pack out what you pack in, and enjoy the adventure!
For individual use only, not to be shared.